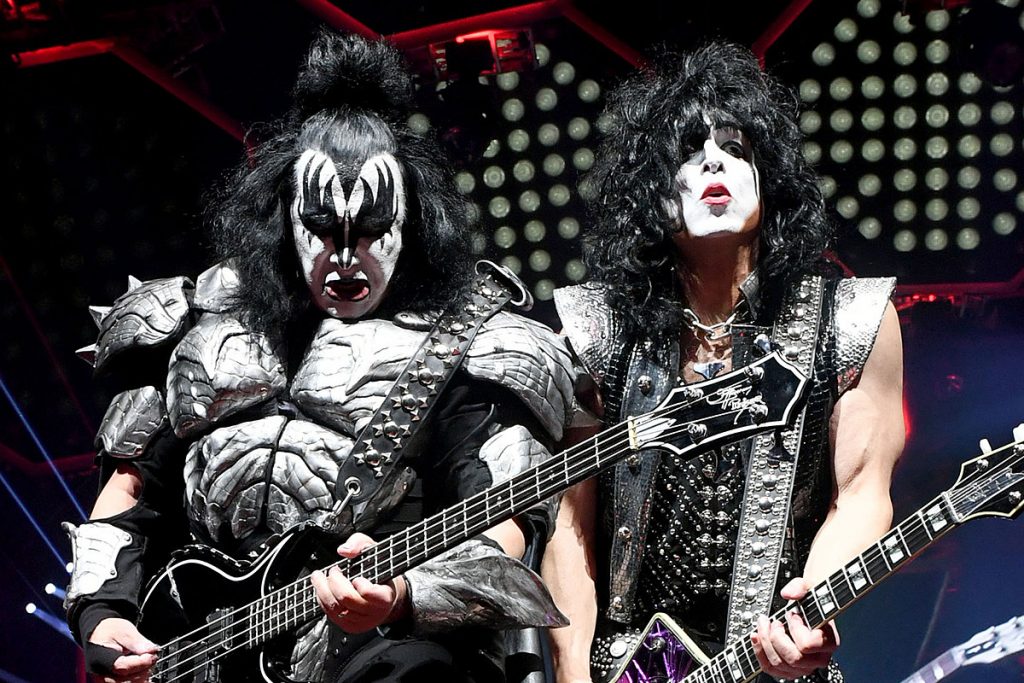 Kiss manager Doc McGhee has revealed that the biopic devoted to the band has found a producer and is scheduled for release in the summer of 2021.

McGhee broke the news on a recent episode of Rock Talk With Mitch Lafon, where he spoke backstage before last Saturday’s opening date of the current leg of Kiss’ End of the Road tour.

“I can tell you it’s with Mark Canton, so he’s a great, great producer and a really good guy,’ McGhee said. “Hopefully in the next week we’ll have a company behind it, and we’ll start finishing the script, and hopefully by the time we end we’ll have a movie finished for … July of next year.”

If that schedule goes as planned, that would coincide with what is being billed as Kiss’ last-ever show on July 17, 2021, at an unspecified venue in New York City.

“It’s a great investment to be a Kiss fan,” Lafon added. “It keeps paying dividends.”

Canton scored international blockbusters with 300 and its Rise of an Empire sequel, and has also produced fantasy films such as The Spiderwick Chronicles, Immortals and The Last Witch Hunter. Before that, he oversaw Sony Pictures, where he worked on films like The Last Action Hero and The Cable Guy.

McGhee first publicly spoke about the biopic last November during the Kiss Kruise, noting that it was “basically [about] the formation of Kiss and how that came about.”

The manager also said a documentary about the band was in the works, but didn’t give Lafon any other information. It was revealed last week that the movie will be called Kisstory — also the title of the band’s 1995 book — and that they hope to release it this fall.

The band has asked fans to contribute by submitting “rare and compelling Kiss-related media,” including “never-before-seen footage of the band onstage or offstage during the 1970s, still photographs or video of the band in the ’70s trying to conceal their identity, unscripted, candid or revealing moments between band members, onstage or off, from any era” and “obscure local or international TV/radio interviews or news reports from the 1970s, ‘80s or ‘90s.”