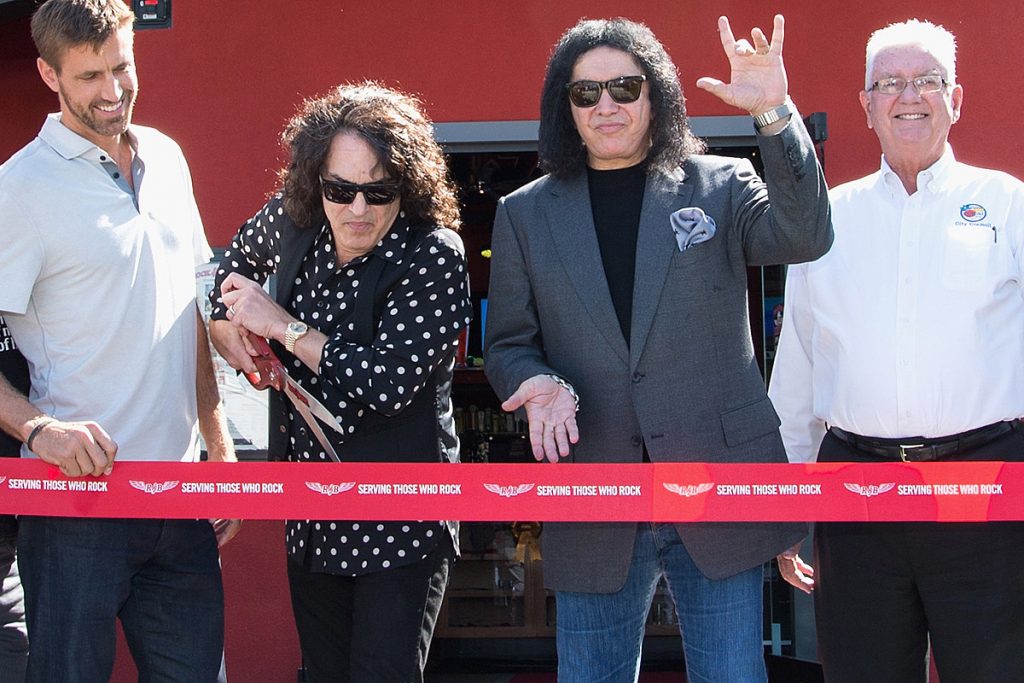 Kiss are working on plans to open a casino complex named after their Rock & Brews restaurant chain, a partner in the project announced.

Tom Moore of RAM Group said the development will open at the site of a previous casino in Biloxi, Miss., once owned by Jimmy Buffett and operated under his Margaritaville brand.

The plans include a 3,000-capacity concert hall, 300-room hotel and a casino with 1,000 slot machines. “They will have rock legend halls and rock legend walls,” Moore told Casino.org. “When people come in here, they’re going to feel just a different experience.”

He added there’s “a potential for making that part of Biloxi come back to life. Mayor ‘FoFo’ Gilich has led an effort to build boardwalks, and we hope they’ll wrap a boardwalk all the way to our property.”

Site approval has already been granted, Moore said, with a casino licence to be secured in the coming weeks. Funding was already in place for the development after his company and Kiss investigated the area and “fell in love with the culture.”

Meanwhile, guitarist Tommy Thayer reported that work on a band documentary was “at least halfway” complete.

“The director is John Dorsey, and he’s done great things before,” Thayer told RockSverige (via Blabbermouth). “We’ve done interviews on camera, and he’s putting together a lot of historic footage and talking to a lot of different sources, including us and our archives. It’s coming along. I’ve seen a little bit, and I think it will be really exciting.”

The guitarist admitted he didn’t know much about the Kiss biopic that’s also underway. “I know that it’s in the works, but I don’t think they’ve started filming anything yet,” he noted. “There’s definitely a lot of planning, and that’s about as much as I know.”