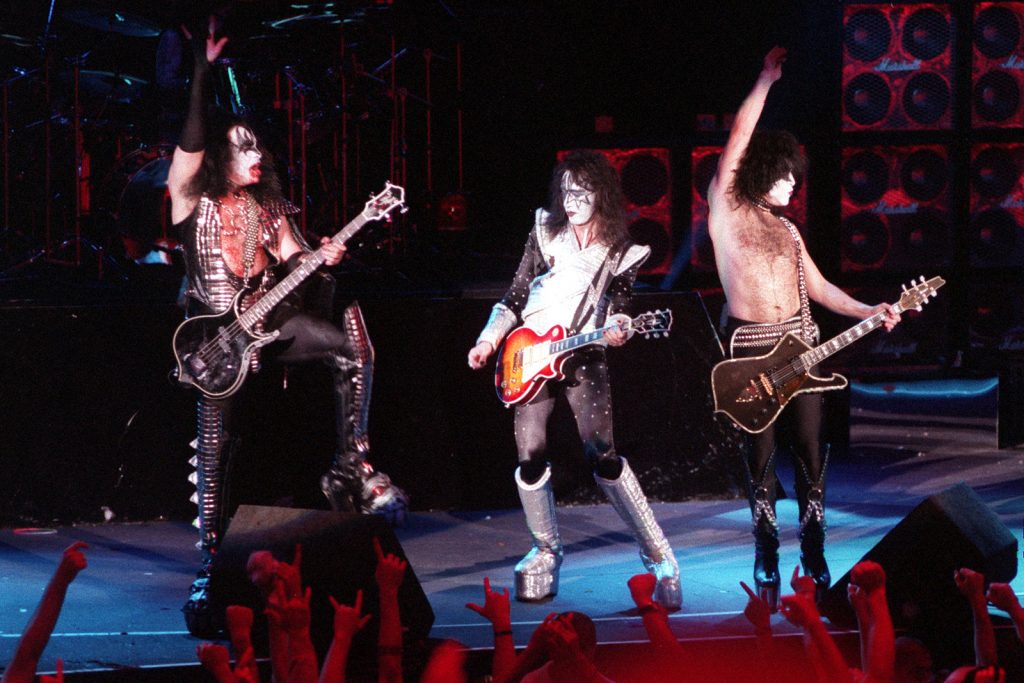 Kiss shook off some rust two weeks before the first date of their 1996 reunion tour, overcoming a brief onstage fire during an hour-long preview show in Irvine, Calif.

The full-length June 28 concert at Detroit’s Tiger Stadium marked the official kick off of their full-makeup original-lineup reunion tour. Paul Stanley, Gene Simmons, Peter Criss and Ace Frehley dedicated entire chapters of their autobiographies to the intense preparation, pre-show jitters and onstage jubilation they experienced before and during that performance.

But only Criss makes any reference to their June 15 appearance at the KROQ Weenie roast, briefly mentioning “a warm-up gig in California” in 2012’s Makeup to Breakup: My Life In and Out of Kiss.

You can watch the entire concert below. This set was released in 2007 as a bonus disc on first-run printings of the Kissology Vol. 3 home-video collection.

“We were finishing up rehearsals,” Stanley says at the start of the show, “and we thought maybe we come down, give you a little taste of what we’ve got on tour this time.”

Clearly, there were a few bugs still to be worked out: Sirens that were supposed to go off during “Firehouse” instead wailed throughout the opening “Deuce.” Frehley’s guitar seemed to cut out for most of “Love Gun.” Near the end of the performance, flames can also be seen briefly above the stage.

“We’ve got a fire up there. Something tells me that wasn’t supposed to happen,” a bemused Stanley informed the crowd. “Maybe we’ll burn this place down. … As you can see, we’re just testing a lot of stuff out tonight.”

The Alive Worldwide tour was a huge success, though personality conflicts once again resulted in Frehley and Criss departing in 2002 and 2004, respectively. Kiss has continued to use their famous makeup and costumes ever since.

Which Rock Star Would Ace Frehley Raise From the Dead?