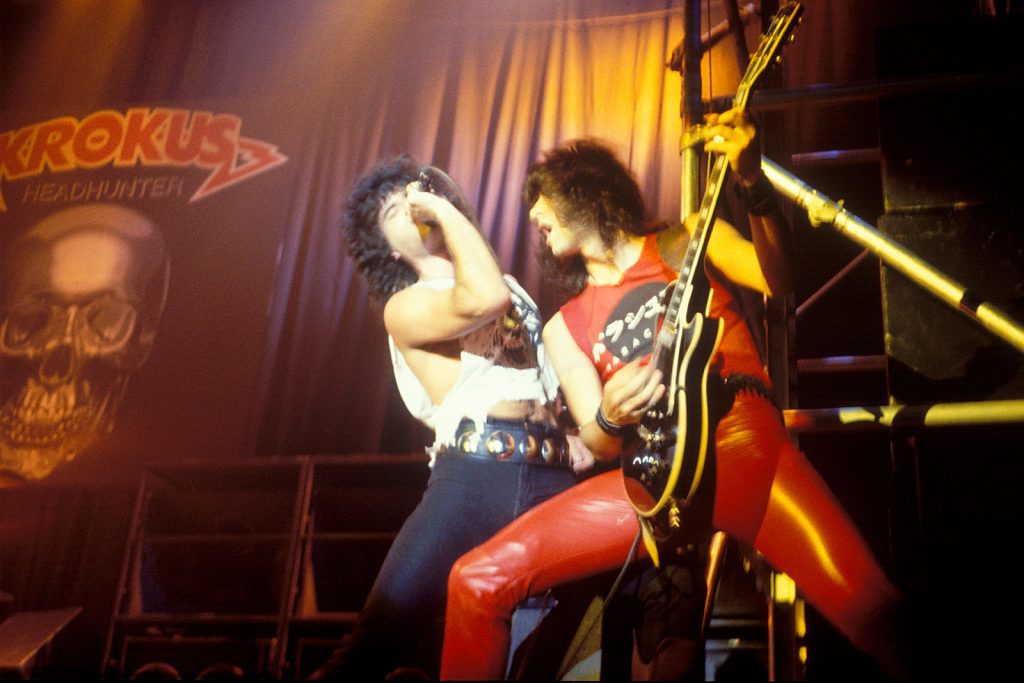 Krokus singer Marc Storace said he still regrets the act that got his band kicked off their 1983 U.S. tour with Def Leppard.

The Swiss band were opening for the British outfit, with both groups rising up the charts with their latest albums. Despite the early shows going well both onstage and off, the headline act became upset with Storace’s performances.

“I was doing these singalongs; stage left, stage right, stage middle, everybody together,” he told Vinyl Writer Music in a new interview. “The whole house singing along. It was amazing; goosebumps. Then, suddenly out of the blue, our manager walked into our dressing room one of those afternoons and said, ‘I’ve had a complaint from the Lepps. It’s about you, Marc. […] They don’t want you to do your singalongs from the same positions that Joe Elliott is using on stage. So, they’re gonna mark it off with this white tape and you’re not to go over it.’”

Storace continued: “Before the show, that evening, [Krokus’ manager] came up to me and said, ‘You know what? Forget about those lines because I’m not into that […] You go ahead and do what you did before. If anyone complains, send them to me.’ And that’s what I did. Here I am, doing my thing, meaning no harm. And the next thing we knew, that evening, Peter Mensch, Def Leppard’s manager, came up and said, ‘You guys are off the tour after our show!’”

A “hot argument” between the managers followed, he said, with the result that Krokus were indeed kicked off the tour. He described it as “a big pity” and added: “I still regret what I did to this day.” But he was glad to report that the bands managed to settle their differences backstage at the 2019 Sweden Rock Festival. “I met Joe — surrounded by everyone else — the two bands came together. It was like everyone slapping each other’s backs, giving hugs, handshakes and all that.”

Storace told Elliott: “I want to say this, just in case something happens and we never see each other again […] I’m sorry for what happened. I followed what my manager told me to do and that’s why I did what I did. I just wanted you to know.” He said Elliott replied: [C]ome on! This was like a hundred years ago. I never thought about it again.” Saying it had done him “a load of good” to make peace, he added: “That night, we all watched their show from the side of the stage as we did in 1983, and after the show, we had a drink together.”