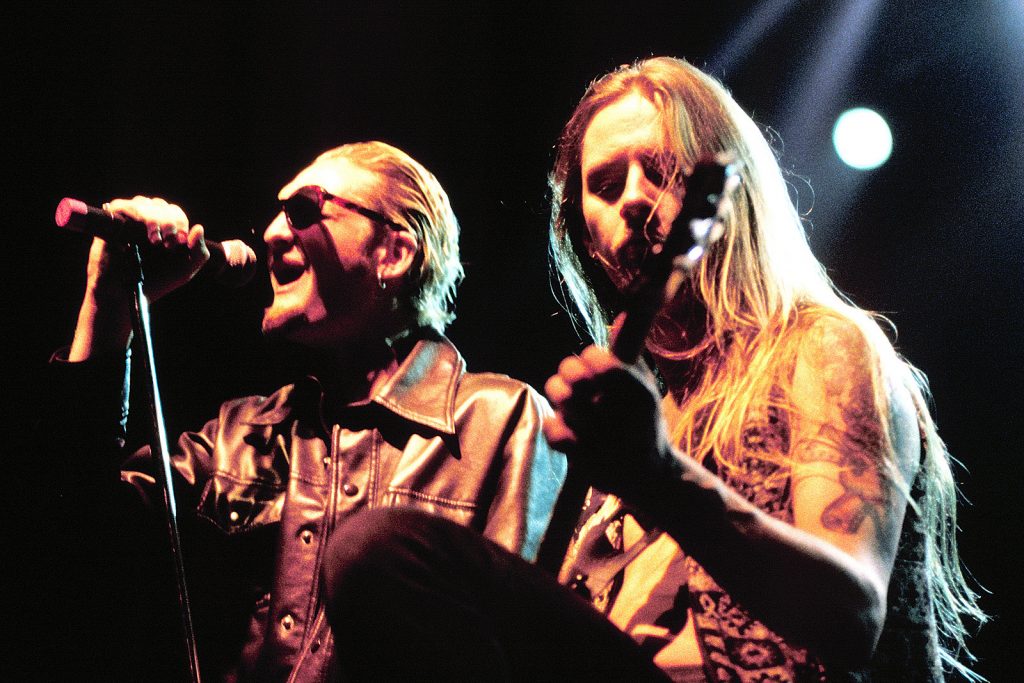 Jerry Cantrell said he and late Alice in Chains bandmate Layne Staley had once been called “the Satanic Everly Brothers” because of the way their voices worked together.

Before singer Staley’s death in 2002, the pair had made a point of making the most of their different vocal energies – something that guitarist Cantrell described as adding “color to the canvas” of their music in a recent interview with Metal Hammer.

“He had a real unique and powerful voice, but he had a sensitivity and touch to it as well,” he recalled. “The way that I wrote and the way that he wrote blended together so well. We felt like a natural fit. He had more horsepower than me – I’m not going to be able to do the Brian Johnson gargled razor blades, but together we had something that the other didn’t. … Think of the Beatles, Floyd, the Eagles, that attitude of, ‘You take this line and I’ll take that one.’… Someone reviewed us once and called us the Satanic Everly Brothers, which I thought was pretty cool.”

Cantrell selected Alice in Chains’ 1992 album Dirt as the best example of their teamwork, calling it their “most complete” record. “It’s probably the most focused we’ve ever been,” he explained. “It’s a brutal record with some real force, and I mean that in a very good way. People cared about it; it spoke of a time and a place. … We really never pulled any punches. Which is good and bad; it’s good artistically, but it’s bad because if you are going to be that honest, then you’ll struggle to live it down. It’s an amazing record. It’s probably our crowning achievement.”