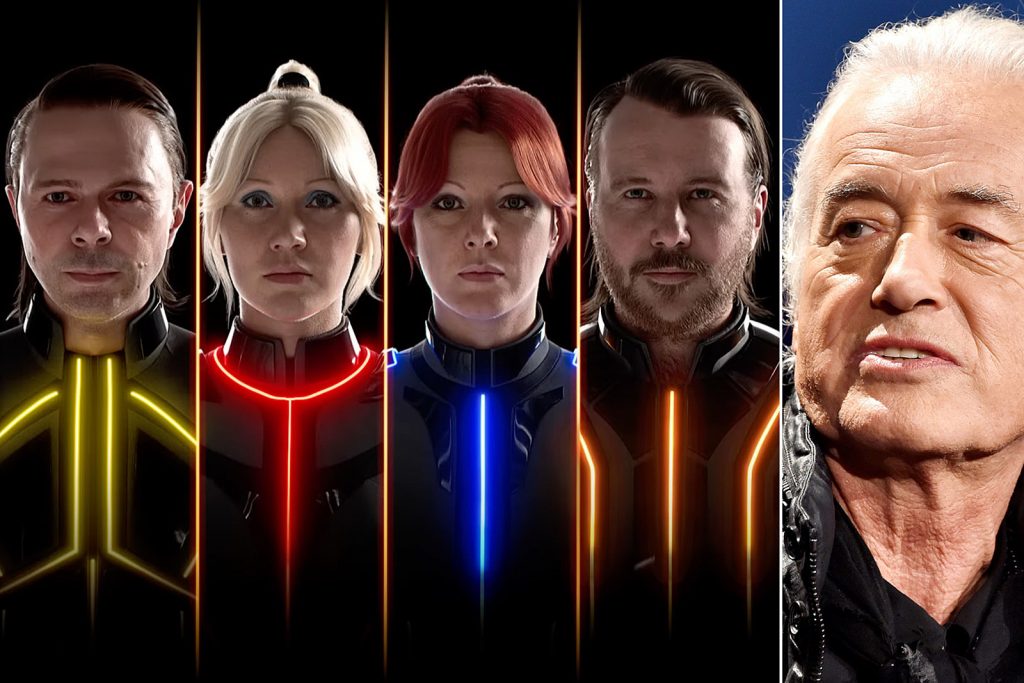 The Swedish quartet spent a month performing in front of dozens of image-capture devices to help create the computer-generated avatars seen onstage alongside a live band. After it opened in London last month, reviewers commented on how the custom-built venue and lighting effects meant that it was easy to believe the real ABBA were playing.

The Guardian reported part of a talk Page gave at the Hay Festival in Wales yesterday, where the guitarist revealed Led Zeppelin were asked about getting involved in “that sort of thing.” But he added that he, Robert Plant and John Paul Jones couldn’t agree on a way to proceed, so the project “didn’t really get moving.” He also said he believed the production could have been successful.

On the subject of technology in music, the guitarist regretted that young artists appeared to be trying to follow the same model in the pursuit of success – one that put focus on videos while the range of musical variety was being “shut down” in the process. On the other hand, he argued that easy access to recording and production equipment meant more artists than ever could create music and “stick it on the internet,” which offered chances for success that didn’t exist in the past.

Recalling his early years, Page hailed the approach of playing the same songs time after time because it meant he could “keep coming up with spontaneous style,” and added that performing live in a “communion of musicians” was an essential part of developing a player’s career.