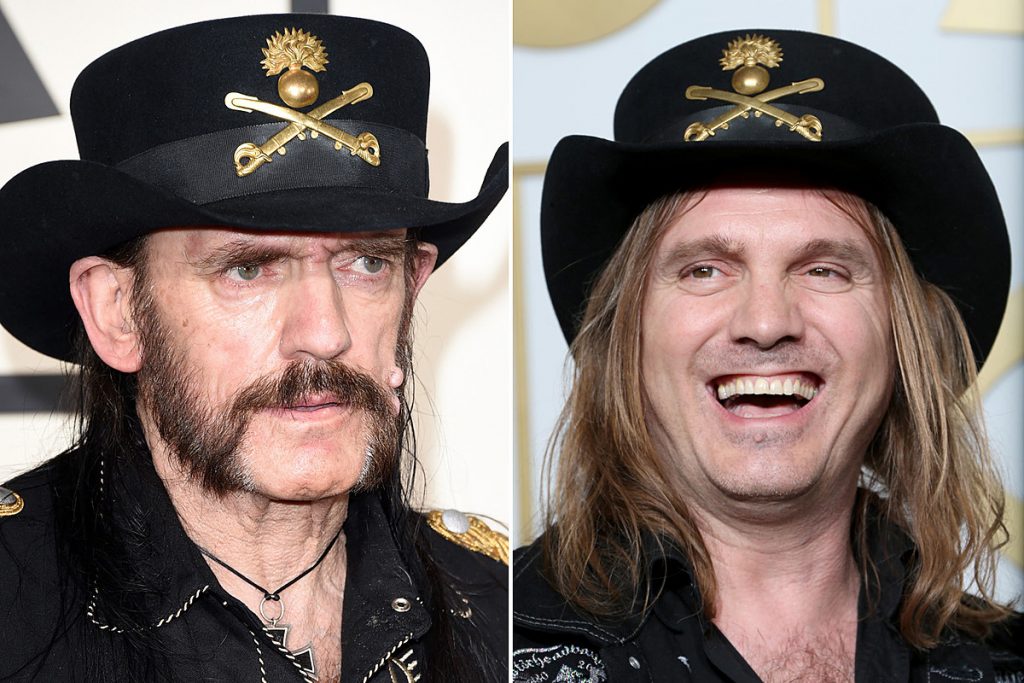 The son of Lemmy Kilmister announced that work was underway on a “father and son” tribute album featuring music the late Motorhead icon worked on with Bob Kulick.

Titled Gods of the Arena, the LP will include a range of special guests alongside guitarist Paul Kilmister. Kulick reportedly endured technical challenges while trying to recover the old recordings.

A press release announced that, in the months before his death in 2015, Lemmy talked to Kulick “about solo recordings they had done together in the late ‘90s-2004.”

“Lemmy wanted these tracks to be reissued … to have their day, as he felt they weren’t appreciated properly,” the release notes. “Unfortunately, this proved to be no easy task for Kulick. Compatible digital machines had to be found and purchased in order to rescue the now almost-obsolete DA88 tapes. Once this was accomplished, the tapes were transferred to current hard drives, saving them for posterity.”

Kulick explained he was working with Paul Kilmister and Metallica engineer Mike Gillies to produce “an album of these recordings, revisited with a lineup of celebrated musicians coming together to complete this project.” Kulick described the project as “the metal version of Natalie Cole dueting with Nat King Cole on ‘Unforgettable.’”

“Lemmy, the consummate music historian, loved all styles of music, from Nat King Cole, Sinatra and Elvis, to Metallica, and beyond,” he added. “He had a particular interest in duets. As evidenced in all the work we did together, we had the magic vibe.”

The only other collaborator named so far is drummer Greg Bisonette, who was working with Paul Kilmister on a cover of Metallica’s “Whiplash.” Motorhead’s version, produced by Kulick, gave them their only Grammy win in 2005.

Paul said the album would feature “people that knew Lemmy, people that we knew together, people that were big fans of Lemmy’s — joining together to utilize some of the recordings from the past that Bob Kulick was able to save. … Being able to work with Bob on some of these recordings is a privilege and an honor. My dad was good friends with Bob. They had a lot in common – the Beatles, their history together, and the music.”

Gods of the Arena has a tentative release date of Christmas 2020.