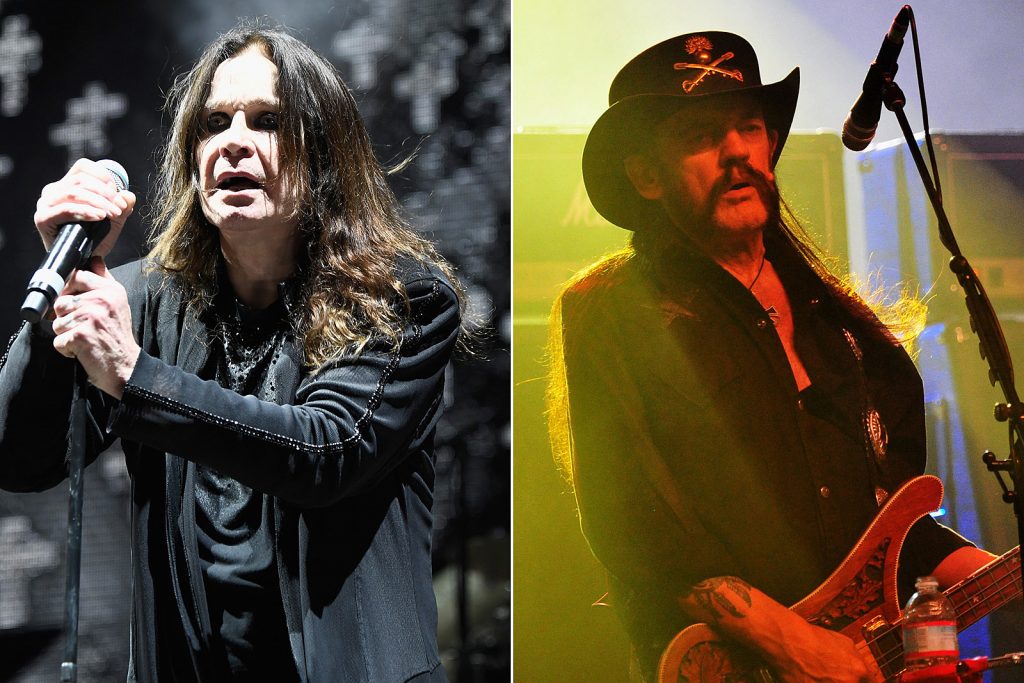 Ozzy Osbourne says his long-time friendship with Lemmy Kilmister was marked by brutal honesty – about work and life.

That friendship played out professionally on 1991’s No More Tears, which saw Kilmister collaborating on four tracks – including “Mama, I’m Coming Home,” Osbourne’s only Top 40 hit on the Billboard Hot 100. But they also saw each other socially, right up until the Motorhead legend succumbed to a variety of maladies including prostate cancer on Dec. 28, 2015 – just four days after his 70th birthday.

“I went down to South America and he was there on tour, but he was so fucked he couldn’t speak to anyone,” Osbourne tells Metal Hammer. “He was sitting at the front, skinny as a rake. He was riddled with cancer at the end, but mind you, he turned round to me and said ‘I’m probably going to die, I suppose. Never thought I’d make 70, so I did good.'”

Kilmister was known for his indulgences, though he’d cut back some as diabetes and hypertension set in. Osbourne added: “His exact words were, ‘I could have lived a lot longer and taken care of myself, but I lived my life the way I want to live and I ain’t got no regrets.’ Fair enough!”

They had frank discussions about Osbourne’s lengthy career, too. “He’d go, ‘That record you just made was fucking shit’ or ‘I really like that one,'” Osbourne remembered. “His favorite [line] was, ‘Your best record was No More Tears – yeah, because you wrote on it, you cunt!”

Ozzy Osbourne became a huge television star between celebrated stints in Black Sabbath – and some of what aired was pretty insane.