Liam Gallagher Injured After Falling Out of a Helicopter 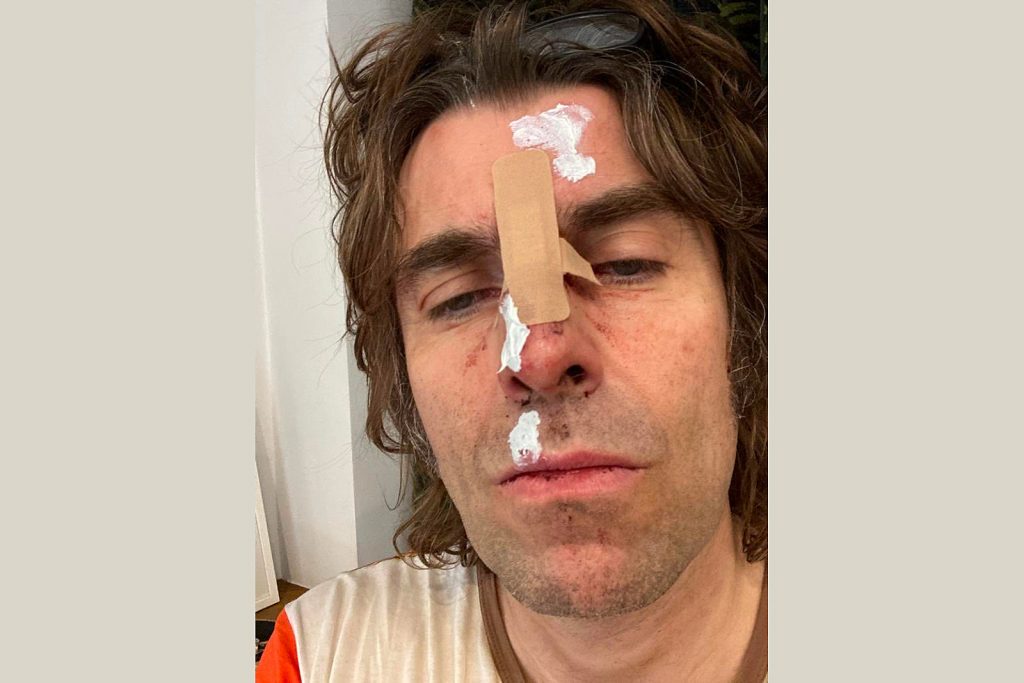 Liam Gallagher has posted an image of himself, bloodied and bandaged after allegedly falling from a helicopter.

“So check this out I fell out the helicopter last night,” the Oasis rocker tweeted, joking that “you couldn’t rite [sic] it.” Gallagher further reported that he was “all good” despite the accident. “Who said RnR is dead Keith Moon eat your drum skin out.”

TMZ reports that the accident took place following Gallager’s performance at the Isle of Wight festival. Despite his injuries, the musician appeared to be in his usual spirits, engaging in some lively back-and-forth with fans on Twitter.

When one follower suggested Gallagher simply missed a step and “face planted” while exiting the helicopter, the rocker responded that the fall was actually “100 thousand feet you bumbaclart.” Gallagher also suggested that footage of the incident would be used in his next music video, while the image of his bandaged face could grace his next album cover.

Gallagher’s next show is scheduled for Sept. 24 in Belfast, Northern Ireland. The rocker’s most recent studio album, Why Me? Why Not., was released in 2019. In November 2020 he released a single titled “All You’re Dreaming Of” to raise money for charity.

Meanwhile, the new Oasis new documentary, Oasis Knebworth 1996, premieres in theaters worldwide on Sept. 23. The film chronicles two sold-out shows during which the band performed to more than 250,000 people. “Oasis Knebworth 1996 is the story of that weekend and the special relationship between Oasis and their fans that made it possible,” explains the film’s official website.