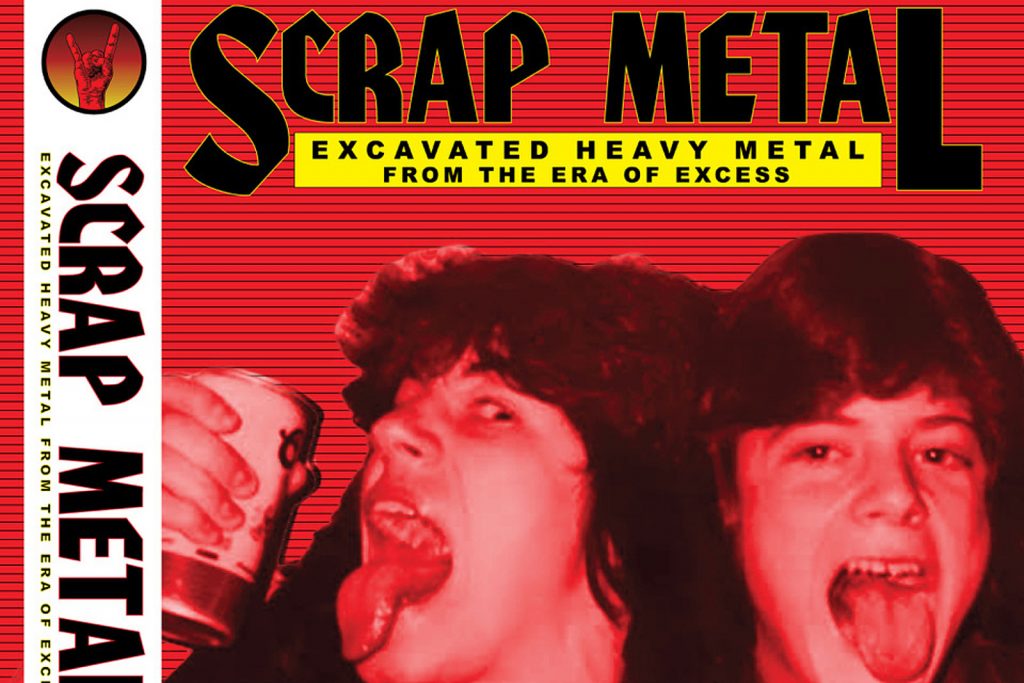 RidingEasy Records, the label behind the Brown Acid garage-rock and proto-metal compilation series, is delving into the golden age of heavy metal with a new collection titled Scrap Metal, Vol. 1.

Subtitled “Excavated Heavy Metal From the Era of Excess,” the Scrap Metal compilation features nine face-melting, gut-busting tracks from underground heavy metal acts across North America that gigged and recorded to minimal success throughout the ’80s. The songs run the gamut from New Wave of British Heavy Metal to thrash to glam-metal, nodding to titans of the era like Motley Crue and Iron Maiden.

We have an exclusive premiere of a standout track from Scrap Metal, Vol. 1, the charmingly titled “69 in a 55” from Bay Area power metal quartet Air Raid. You can listen to it below.

“69 in a 55” is a rock-solid showing from Air Raid, who included the track on their only release, the two-song Rock Force 7″, in 1983. Singer and guitarist Tommy “Thrasher” Merry yelps excitedly over limber riffs, harmonized guitar solos and swinging rhythms ripped straight from the Killers-era Iron Maiden playbook.

Scrap Metal, Vol. 1 arrives Nov. 12 and is available for preorder now. You can see the full track listing below.