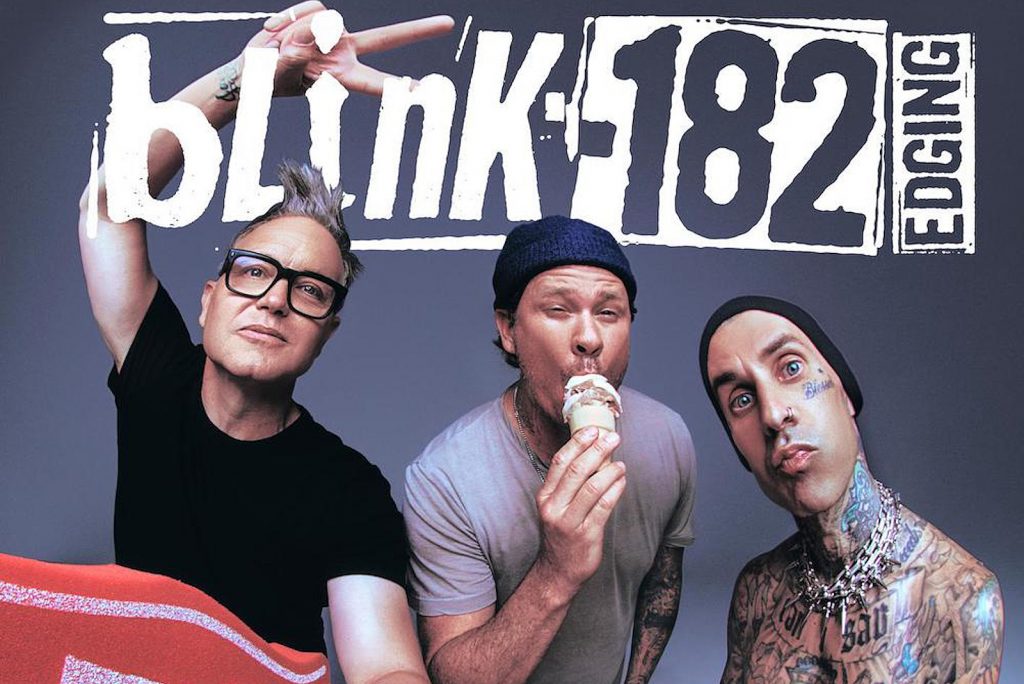 Blink-182 have released a single called “Edging,” their first new music with Tom DeLonge in nearly a decade.

“Edging” chugs along at an upbeat pace, with Travis Barker pounding out an emphatic rhythm. The track features plenty of the hallmarks of classic Blink-182 tunes, including the vocal interplay of DeLonge and Mark Hoppus, as well as the band’s noted lyrical attitude (Only in a Blink-182 song will you hear the line “She tried to pray it away so I fucked her in church”).

Listen to “Edging” below.

Prior to the song’s release, Blink-182’s most recent material with DeLonge was the 2012 EP Dogs Eating Dogs. The guitarist and co-lead singer departed the group in 2015, his second time leaving Blink-182’s lineup. In his place, Matt Skiba of the punk rock group Alkaline Trio stepped into the Blink lineup. The band released two albums during Skiba’s tenure, 2016’s California and 2019’s Nine. In a message on Instagram, DeLonge thanked Skiba for being part of Blink-182 during his absence.

“I wanted to take a minute and say thank you for all that you have done to keep the band thriving in my absence,” DeLonge said in a note addressed to Skiba. “I think you are enormously talented (I still love and listen to your band to this day). You have always been so kind to me, not only in the press, but also to others. I really noticed. Emotions between the three of us in blink have always been complicated, but Mark’s cancer really put things in perspective. But to be honest, the band would not even be here today if it were not for your ability to jump in and save the day. So from my heart to yours, thank you for being a member of our band.”