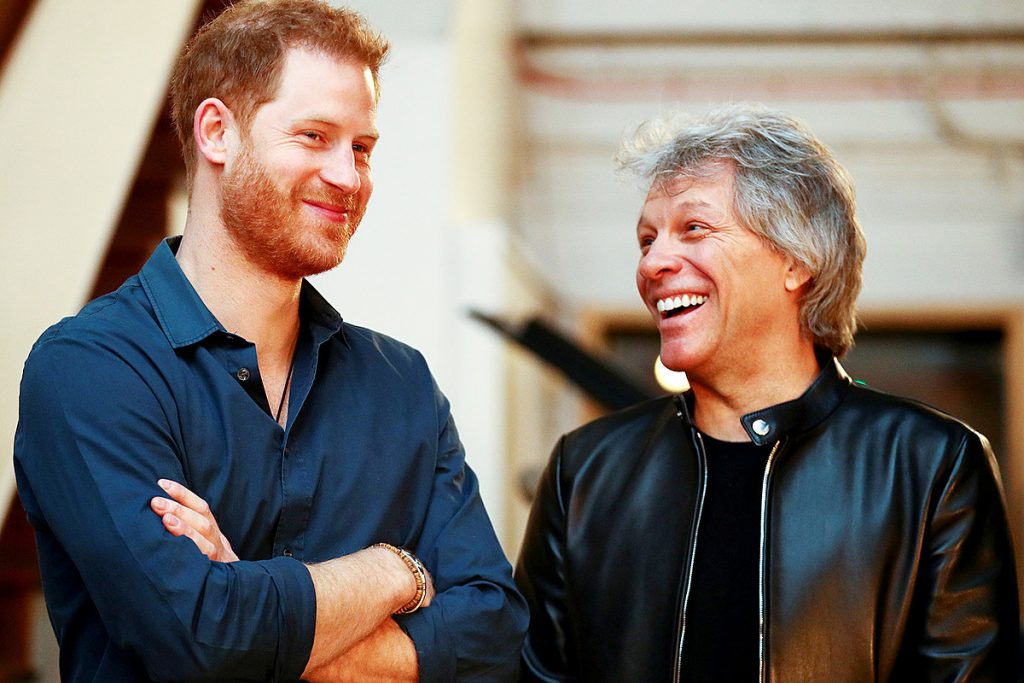 Bon Jovi released a new version of their 2019 song “Unbroken,” featuring Prince Harry of the British Royal Family and the Invictus Games Choir.

The track will benefit the Invictus Games Foundation, which supports military personnel who have been injured in the course of their duties. It was created as a result of the prince’s Invictus Games, an international Paralympic event.

The original version of “Unbroken” appeared on the soundtrack to the documentary To Be of Service, which centered on soldiers suffering from post-traumatic stress disorder and how service dogs help them deal with it. Money raised from sales of the song benefited the Patriotic Service Dog Foundation.

You can listen to the new version of “Unbroken” below.

“With military people, there’s a way of being able to talk about the scars of war in a positive way,” Harry, Duke of Sussex, said in a statement. “Some suffer from post-traumatic stress, some of them suffer from depression, anxiety, but they are stronger for it. Those are the kind of ambassadors and role models that we need.”

“I just got inspired to write a song from it,” Jon Bon Jovi added. “It’s touching, their desire to serve and what they gave, and what they get out of singing.”

Meanwhile, Bon Jovi tried out some of the lyrics fans contributed to his coronavirus-inspired song “Do What You Can.” Earlier this week, he asked for submissions to help finish a track inspired by the current global emergency. It was inspired by a photo taken of him washing dishes in his community kitchen.

Bon Jovi noted that he’s received more than 6,000 suggestions over two days; he picked three to perform at his desk. You can watch the video below.

Some of the lines he tried out include, “As we look through the window and wonder what to do / These jobs won’t be available for a year or two,” “This life’s become a movie that no one wants to see” and “I walk into that warehouse and bring on the load / For our country must keep rollin’ on our highways and our roads.”

Before singing the last one, Bon Jovi paused to pay tribute to “all the truckers that are out there making sure everything’s where it needs to be.” “My heartfelt thanks to everybody who’s driving those big rigs out there, making life easier for the rest of us,” he said. “Thanks, everybody – keep your thoughts coming through, okay?”