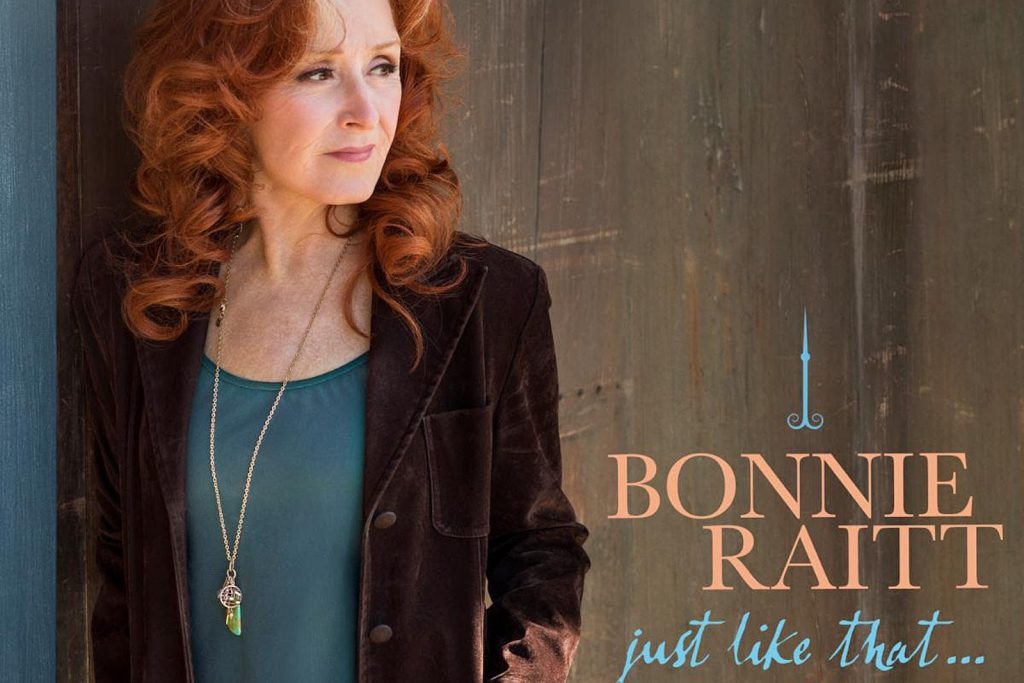 Bonnie Raitt has new music coming soon. The singer-songwriter and guitarist will release Just Like That … , her first studio album in six years, on April 22.

You can listen to the album’s first single, “Made Up Mind,” below.

“On this record, I wanted to stretch,” Raitt said in a press release. “I always want to find songs that excite me, and what’s different this time is that I’ve tried some styles and topics I haven’t touched on before.”

Raitt’s most recent album, Dig in Deep, arrived in 2016. For Just Like That … , she again enlisted the assistance of recording and mixing engineer Ryan Freeland, who worked with Raitt on Dig in Deep and 2012’s Slipstream. Recorded last summer and self-produced by Raitt, Just Like That … features two longtime members of her band, bassist James “Hutch” Hutchinson and drummer Ricky Fataar, along with guitarist and songwriting partner George Marinelli and two new players, keyboardist Glenn Patscha and guitarist Kenny Greenberg.

“I’m really aware of how lucky I am, and I feel like it’s my responsibility to get out there and say something fresh and new — for me and for the fans,” Raitt explained. “But I need to have something to say or I won’t put out a record.”

Raitt is scheduled to return to live performing later this year, hitting the road in April for an eight-month U.S. tour, a run that will include guest appearances from Lucinda Williams and Mavis Staples. Tickets for the tour can be found on Raitt’s website.