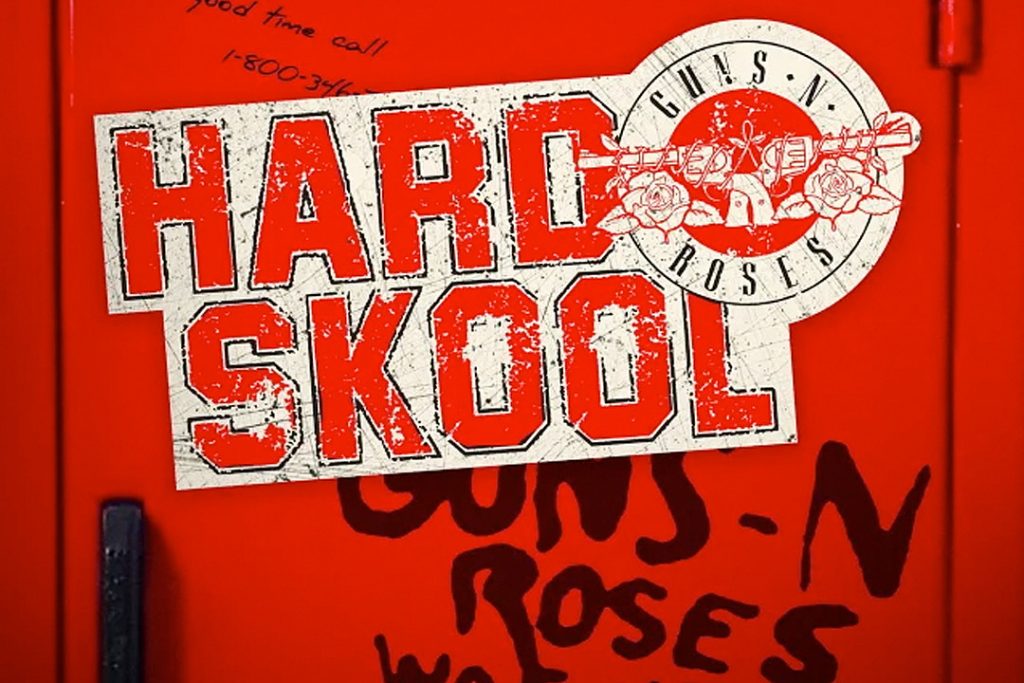 The track’s life can be traced back to sessions for the band’s long-delayed album Chinese Democracy, when it went by the working title “Jackie Chan.” The song was partially leaked in 2006, only to have a full version put online in 2019. That rendition came via GNR fan Rick Dunsford, who purchased a storage unit full of unreleased digital recordings owned by former A&R executive Tom Zutaut, who had signed Guns N’ Roses to Geffen Records. Though the band quickly bought the recordings back from Dunsford, the material was nonetheless spread online.

Now, fans can finally hear the studio version of “Hard Skool” the way the band intended.

The song begins with a pulsating bass line, before a school bell rings, ushering in some energetic guitar riffs.

“All cautions made, every chance was given / No effort spared to save what we had / All in good faith, I would not hesitate / To extend myself and lend you my hand,” frontman Axl Rose sings on the opening verse, his familiar wail hitting the upper register as he powers into the chorus. “But you had to play it cool, had to do it your way / Had to be a fool, had to throw it all away / Too hard school and you thought you were here to stay / If that were true, it wouldn’t matter anyway.”

Listen to “Hard Skool” below.

Fans had been anticipating the song ever since video circulated of Guns N’ Roses performing the tune during a recent soundcheck. The band is currently out on a North American tour, and have yet to perform “Hard Skool” in concert.

“Hard Skool” arrives on the heels of “Absurd,” another Chinese Democracy era track which was revisited, reworked and released earlier this year.