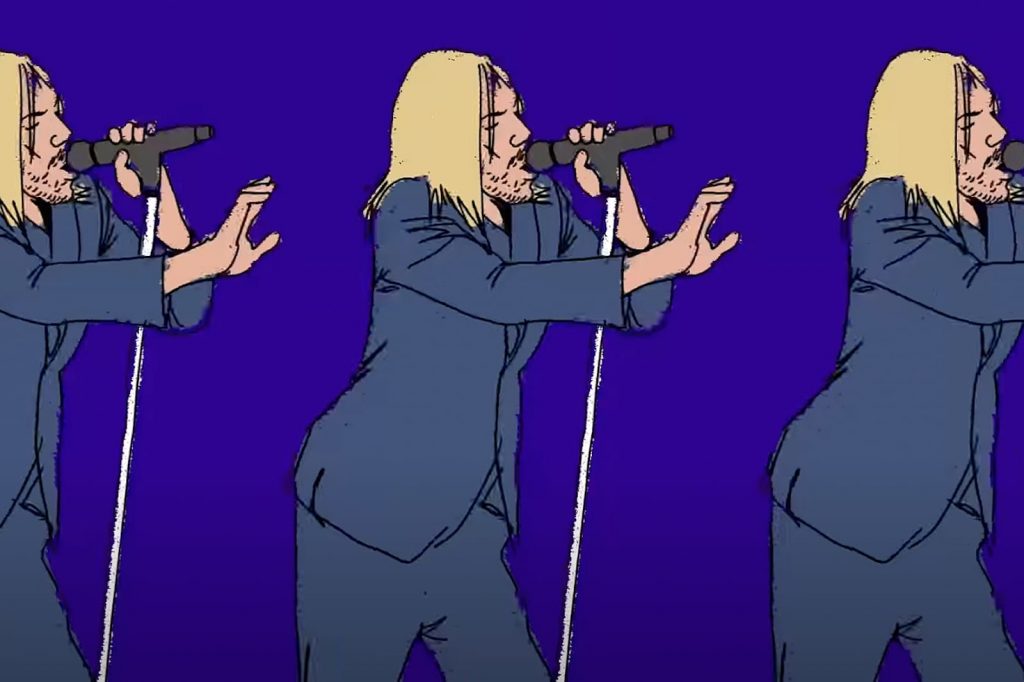 Iggy Pop has released another single, “Strung Out Johnny,” from his upcoming album Every Loser.

The new track finds Pop singing in his arrestingly low register: “Love becomes compulsive, it’s wiser to say no / God made me a junkie – but Satan told me so.” You can listen to “Strung Out Johnny” down below.

Every Loser was produced by Andrew Watt, who also recently produced and co-wrote Ozzy Osbourne‘s Patient Number 9. Pop’s first album since 2019’s Free will be released on Jan. 6 via Atlantic and Gold Tooth Records, a new label he and Watt formed together.

“I’m the guy with no shirt who rocks. Andrew and Gold Tooth get that, and we made a record together the old-fashioned way,” Pop said in an earlier statement. “The players are guys I’ve known since they were kids, and the music will beat the shit out of you.”

One of those players was the late Taylor Hawkins, who contributed to “Comments” and “The Regency.” “I met him [when] I opened for Foo Fighters in 2015 at Knebworth,” Pop told Audacy Check In. “I never really understood fully what they did and then I stood there on the side stage and listened to that thing and listened to what he was playing – and it was otherworldly. It was advanced and powerful and relentless, and highly detailed all at the same time.”

Other guests on Every Loser include Guns N’ Roses bassist Duff McKagan and drummer Chad Smith of Red Hot Chili Peppers, both of whom performed on the album’s first single, “Frenzy.”

“Iggy Pop is a fucking icon – a true original, the guy invented the stage dive,” Watt said in an earlier statement. “I still can’t believe he let me make a record with him. I am honored. It doesn’t get cooler. This album was created to be played as loud as your stereo will go. Turn it up, and hold on.”

Each of these famous musical artists also does something else exceptionally well.