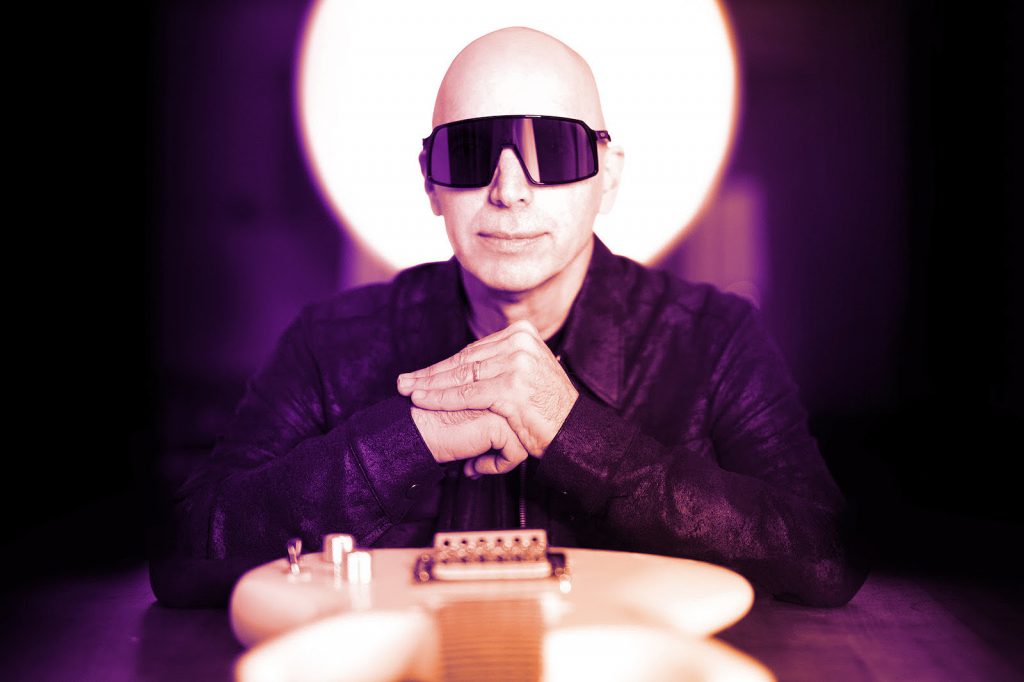 Joe Satriani’s 2022 is getting off to a busy start. The guitar virtuoso has released a groovy new single titled “Sahara,” the first offering off his 19th album, The Elephants of Mars, out April 8.

You can see the full track listing and watch the “Sahara” music video, directed by Satriani’s son, ZZ, below.

The new LP is available to preorder now in several configurations, including colored vinyl variants and a limited digipak CD that includes seven double-sided cards of original artwork by Satriani to represent each of the 14 tracks on the album.

The Elephants of Mars marks Satriani’s first studio album since 2020’s Shapeshifting. The coronavirus pandemic forced the guitarist to postpone the album’s accompanying tour, which now kicks off in April. Instead, he used his forced downtime to write two new albums, one instrumental and one featuring vocals from friend and frequent collaborator Ned Evett.

“All the songs are written,” Satriani told UCR last March. “About half of the instrumental album is already recorded. And the record that I’m doing with Ned, the full-on vocal album, we’re just trying to complete our last demo. … It’s gonna take some new partners to help us get it produced properly.”

“Sahara” arrives a week and a half before Satriani delves into the touring art world with two back-to-back Wentworth Gallery showings in Florida. The first event takes place on Jan. 28 at the Hard Rock Hotel and Casino in Hollywood, while the second happens the next day at Boca Raton Town Center Mall.

The Surfing With the Alien axeman will showcase pieces from his new Joe Satriani: Beyond Reality collection, including original canvases and hand-painted guitars. You can see two of the works, titled “Hot Pink Supernova” and “Face in Blue Waterfall,” below.

“Music and art are my passions. I like making the invisible, visible and the unimaginable real,” Satriani said in a statement. “The image on a canvas, or an electric guitar for that matter, can make you feel something unexpected and revealing, something that is the beginning of a greater personal insight. … When I paint and play my guitar, I strive to be in a state of exhilaration and communicate that feeling to my fans.”