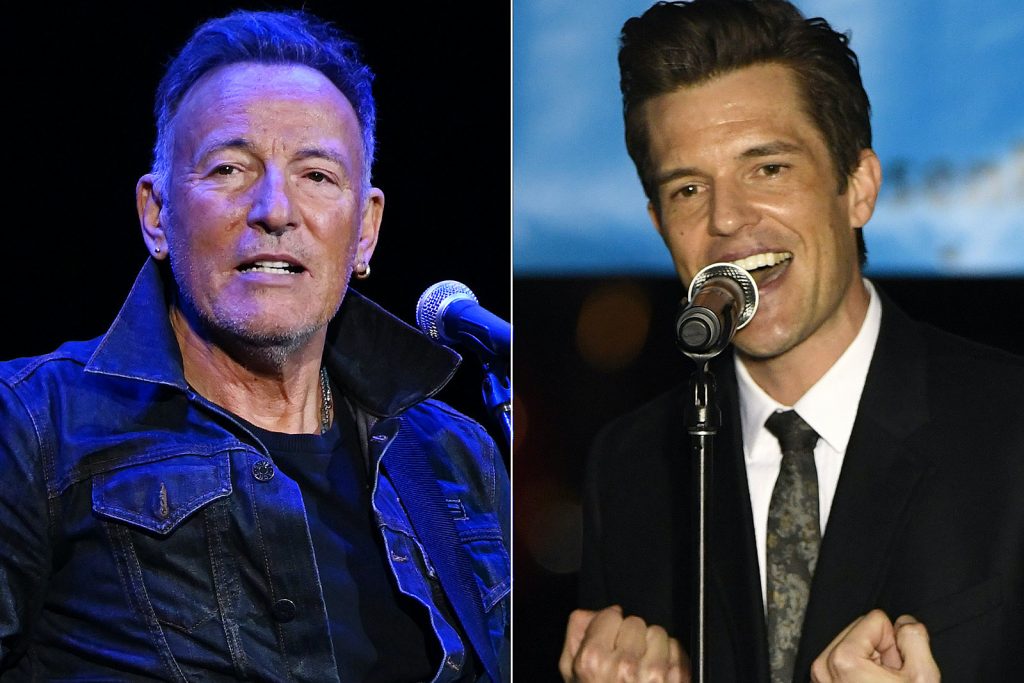 The Killers and Bruce Springsteen have released “Dustland,” a shared remake of “A Dustland Fairytale” from the band’s 2008 album Day and Age. You can listen to the new song below.

Killers frontman Brandon Flowers described the track as an “attempt to better understand my dad, who is sometimes a mystery to me,” but also “to grieve for my mother,” who died in 2010 after battling a brain tumor. “It was my my therapy; it was cathartic.”

Working with Springsteen, Flowers added, made sense: “Bruce has written a lot about people like my parents and found a whole lot of beauty in otherwise invisible people’s hopes and dreams – their struggles and their losses.” The Killers began teasing this “killer collab” earlier this month and later uploaded a 10-second preview of the track. By then, Springsteen had already confirmed the collaboration during a June 10 interview on Sirius XM’s E Street Radio.

Flowers said he initially got a text from Springsteen in February 2020 while waiting on a flight at JFK but didn’t recognize the number. A quick text to Springsteen’s son Evan, a friend of Flowers’, confirmed that it was really the Boss.

The Killers released Implode the Mirage during the subsequent pandemic-related shutdown, then recorded this new update of “A Dustland Fairytale” – which Springsteen has reportedly said is his favorite Killers tune.

“Dustland” isn’t their first work together: Flowers joined Springsteen onstage to sing “Thunder Road” in 2009 at the Pinkpop festival in Landgraaf, Netherlands. “That’s a special song,” Flowers later told Rolling Stone, “and was a real highlight of my life and career.”

The Killers worked with Lindsey Buckingham on 2020’s “Caution” and also remixed “Scarlet,” an unearthed Rolling Stones collaboration with Jimmy Page. They kicked off 2018’s Rock & Roll Hall of Fame induction ceremony with a tribute to Tom Petty.

With this many albums, where does one begin? Check out the following list of Bruce Springsteen Albums, Ranked from Worst to Best.