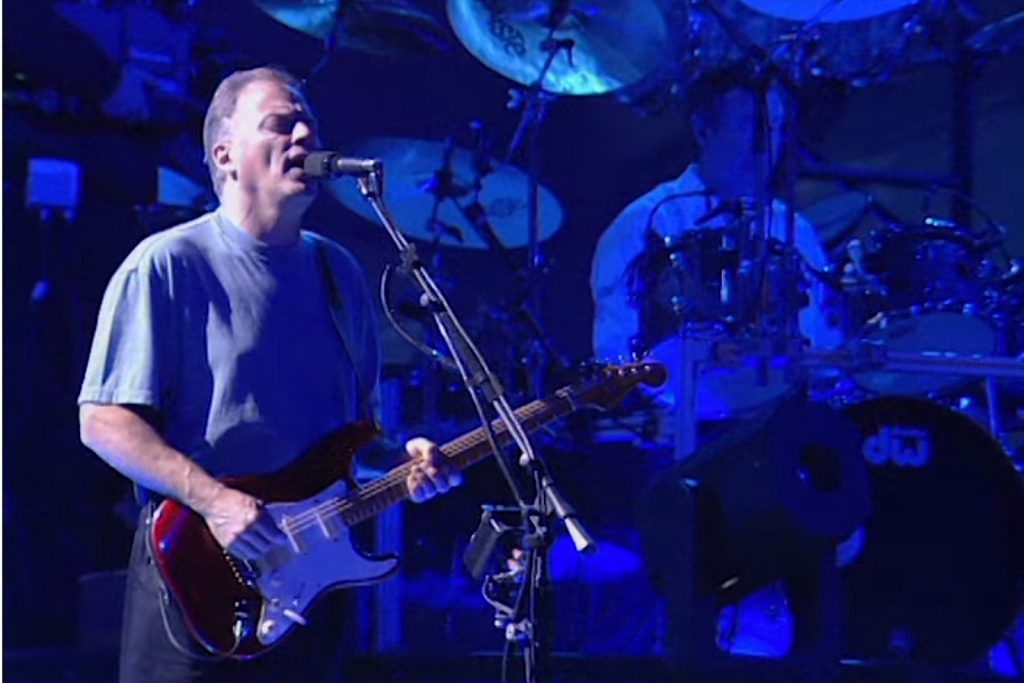 Pink Floyd has released a new version of their 1994 song “A Great Day for Freedom.”

The updated rendition will serve as the b-side to physical copies of “Hey Hey Rise Up,” the group’s new single — and first new music in 28 years — which was unveiled in April.

“Using A Great Day for Freedom as the B-side of the new Pink Floyd single, ‘Hey Hey Rise Up’ seemed like an obvious and relevant choice,” noted a message accompanying the new version’s video. “And David [Gilmour] has, for some time, wanted to record a simpler more direct version of the song.”

The description further noted that the audio was taken from rehearsal’s for the band’s Pulse live album and featured “the original drums and bass by Nick [Mason] and David.” Gilmour also provided “new piano, Prophet 5 synthesizer and Hammond [organ]” on the updated track.

Listen to the new version of “A Great Day for Freedom” below.

Originally released on the band’s 1994 album The Division Bell, “A Great Day for Freedom” was inspired by the fall of the Berlin Wall.

“There was a wonderful moment of optimism when the Wall came down – the release of Eastern Europe from the non-democratic side of the socialist system,” Gilmour explained to Guitar World in ’94. “But what they have now doesn’t seem to be much better. Again, I’m fairly pessimistic about it all. I sort of wish and live in hope, but I tend to think that history moves at a much slower pace than we think it does. I feel that real change takes a long, long time.”