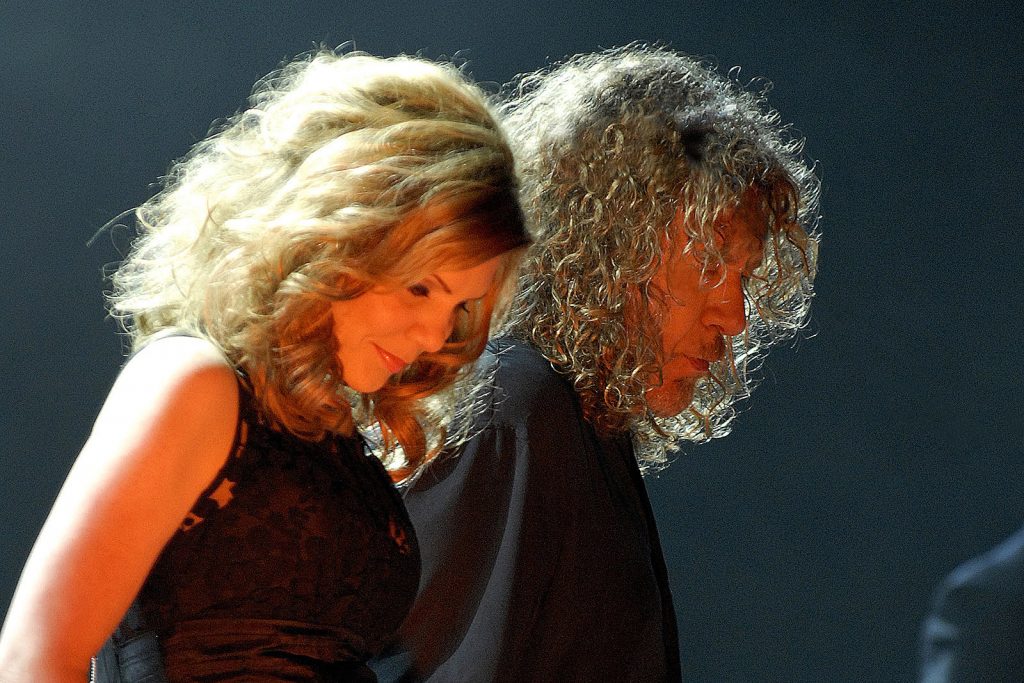 Robert Plant and Alison Krauss have released a new single, “Can’t Let Go,” ahead of their upcoming album Raise the Roof.

The song was originally written by Randy Weeks and recorded by Lucinda Williams for her 1998 album, Car Wheels on a Gravel Road. Williams’ version of the song earned a Grammy nomination for Best Female Rock Vocal Performance.

You can hear Plant and Krauss’ new version below.

Buddy Miller, who played on Williams’ Car Wheels on a Gravel Road, also performs on the upcoming Raise the Roof. In a 2020 interview with Uncut magazine, Williams hinted that she, too, had some involvement in the new LP, noting that she had just returned from a recording session with Plant and Krauss.

Williams has been covered by many artists over the years, including Mary Chapin Carter, who took Williams’ “Passionate Kisses” to No. 4 on the country chart in 1993, Emmylou Harris, who covered “Crescent City” on her 1993 album Cowgirl’s Prayer, and Tom Petty, whose version of “Changed the Locks” appeared on his 1996 She’s the One soundtrack album.

Raise the Roof is Plant and Krauss’ second album together, following 2007’s Raising Sand. Both records were produced by T Bone Burnett. Raise the Roof will also feature covers of songs made famous by Merle Haggard, Allen Toussaint, the Everly Brothers, Anne Briggs, Geeshie Wiley, Bert Jansch and others. It will also include a Plant-Burnett original, “High and Lonesome.” The LP will arrive on Nov. 19.