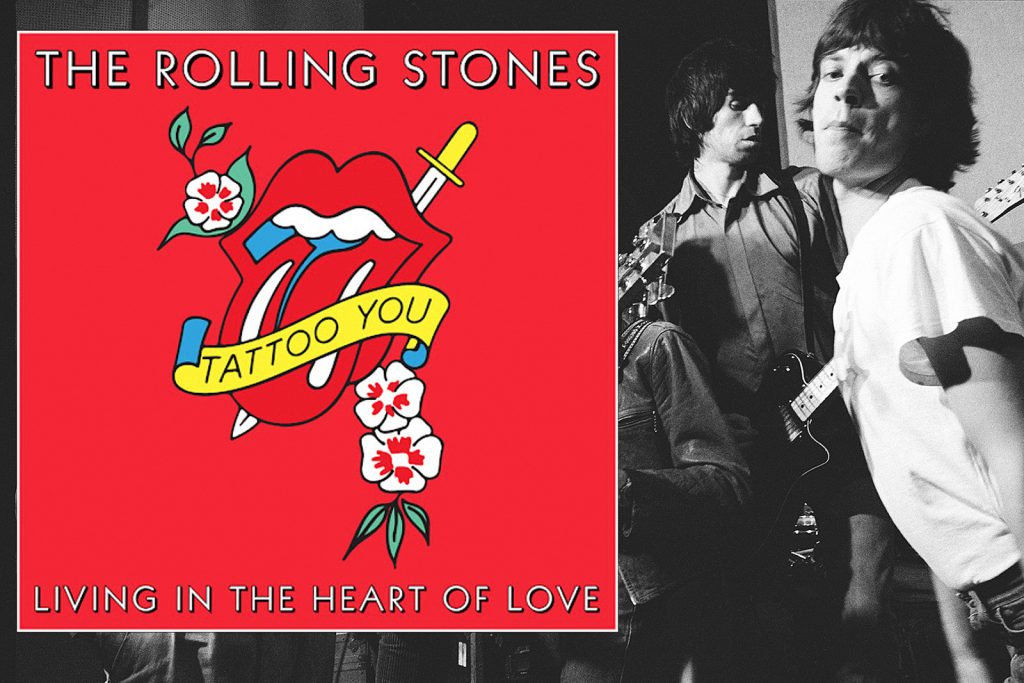 The Rolling Stones have unveiled “Living in the Heart of Love,” the first song released from their upcoming 40th-anniversary edition of Tattoo You.

The previously unreleased track has a gritty “Brown Sugar” vibe, driven by classic Keith Richards guitar crunch, a snarling Mick Jagger vocal and some pounding piano. It peaks toward the end with a lengthy guitar solo. You can hear it below.

“Living in the Heart of Love” is one of nine unheard cuts on the deluxe package’s “Lost & Found” disc. The expanded set also includes the 26-track live album Still Life: Wembley Stadium 1982.

Released in August 1981, Tattoo You was largely made up of studio outtakes recorded by the Stones during the ’70s, with updated vocals and instrumental parts added to complete the songs. The album — which boasts classics like “Start Me Up,” “Neighbours” and “Waiting on a Friend” — went on to sell more than 4 million copies in the U.S.

Last month, guitarist Ronnie Wood revealed that the 40th-anniversary edition was in the works, admitting to The Times that he and Jagger had worked on “nine new tracks for the rerelease of Tattoo You.”

The Tattoo You 40th anniversary set is due out Oct. 22.