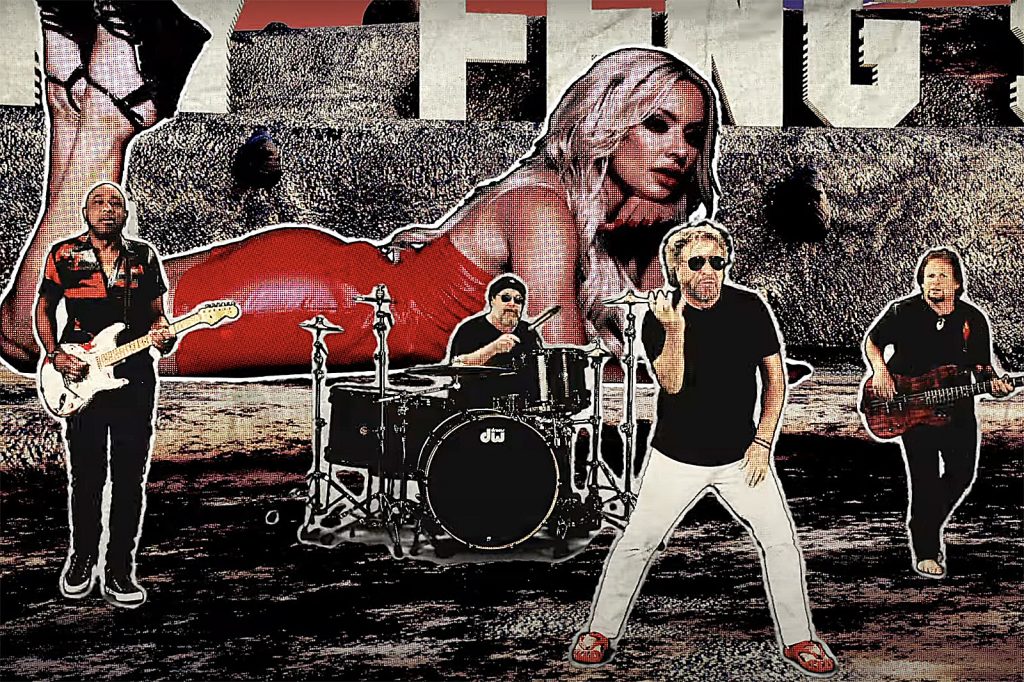 Sammy Hagar and the Circle have released a video for their new song “Funky Feng Shui,” which appears on their upcoming album, Crazy Times.

The 10-track LP arrives on Sept. 30 and follows the band’s 2021 sophomore effort, Lockdown 2020. Hagar included a version of “Funky Fen Shui” on Lockdown 2020, in which he and his bandmates recorded their parts remotely.

The video for the new edition of “Funky Feng Shui” can be seen below.

“‘Funky Feng Shui’ was the first song I started writing for the Crazy Times record,” Hagar said in a statement. “We recorded just the two verses I had written for the first lockdown sessions. When we got in the studio, [producer] David Cobb loved this song so we finished it and it made the record.”

He added: “The video was a blast because the director kept screaming, ‘Just remember there’s gonna be a 50-foot woman stepping over you guys while you’re performing!’ … I love this song and this video is more fun than a frog in a glass of milk. And I love you all. Enjoy!”

When the album was originally announced, Hagar said: “Before I stepped into the studio with Dave, he’d told me he wanted the best of my career on this record, and he wasn’t going to let me get out of that studio until I gave it to him. So, I said, ‘If you expect that from me, at my age, as many records as I’ve made, you’re going to have to push me.’

“Obviously, I dug down and just tried to write good strong songs, great lyrics, great melodies and not worry so much about the arrangements because he had that covered,” Hagar continued. “And he pushed and squeezed every one of us. We went in the studio with seven songs and came out with 10.”

Hagar and the Circle are currently on tour with George Thorogood through Sept. 17.