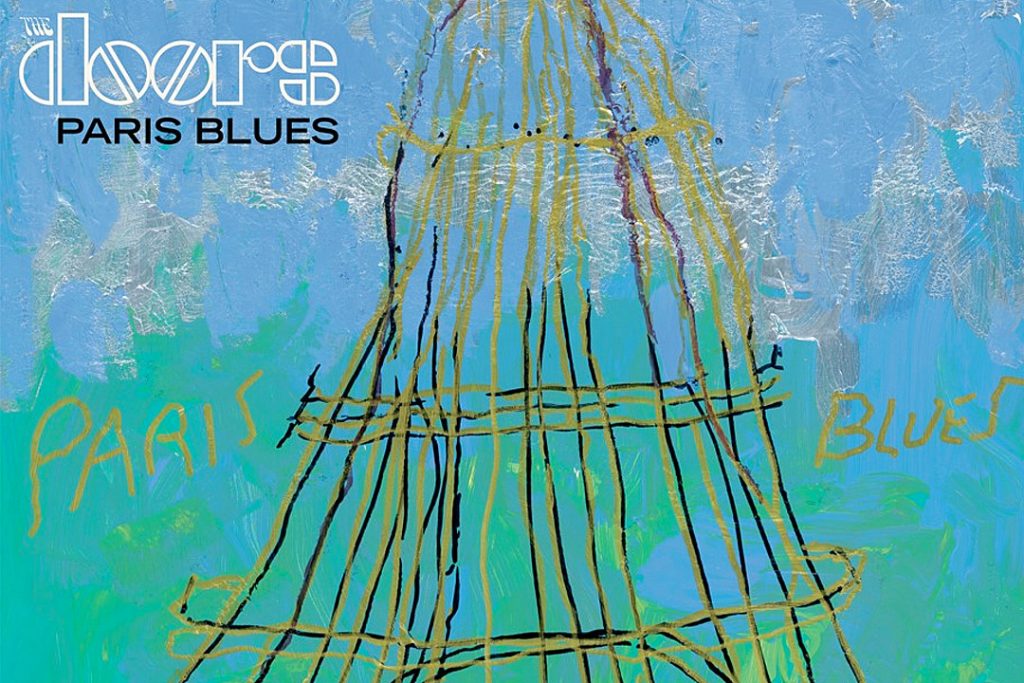 “‘Paris Blues’ traveled a long and winding path to its release, taking on a mythic quality among Doors’ fans along the way,” noted a message accompanying the tune. “An original blues song written by the band; the track was recorded during one of the band’s recording sessions for either The Soft Parade or L.A. Woman (no one seems to remember).”

That means “Paris Blues” was likely recorded sometime between 1968 and the end of 1970, but the track’s journey took a turn from there.

“The master tape of the song was lost and the only surviving copy was given to Doors’ keyboardist Ray Manzarek,” the official message continued. “Sadly, this copy was partially damaged by his son Pablo (a toddler at the time), who recorded over a few short parts. Now, through some creative editing, the song has been rescued from obscurity for the new album.”

That new album is Paris Blues a limited-edition blues-themed compilation set to be released on Nov. 25 as part of Record Store Day’s Black Friday event. The set will be available on translucent blue vinyl, with an original cover painting by guitarist Robby Krieger.

In addition to “Paris Blues” (which you can hear below), the album includes two previously unheard live recordings of Krieger and Jim Morrison performing at a benefit for Norman Mailer’s mayoral campaign on May 31, 1969. The first is “I Will Never Be Untrue,” an original song written for Morrison Hotel, but eventually left off of the 1970 LP. The second is a cover of Robert Johnson’s “Me and the Devil Blues.”

The Doors did more in a short period of time than almost any other classic rock band.