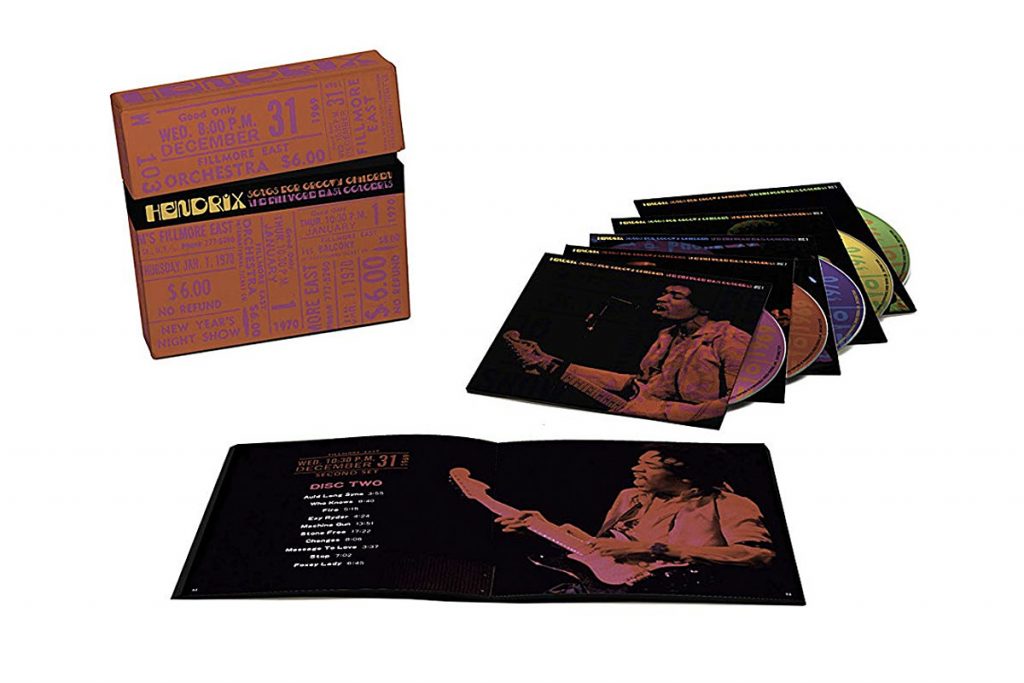 The second-ever performance of Jimi Hendrix’s Band of Gypsys track “Ezy Ryder” has been released.

It’s taken from the upcoming box set Songs for Groovy Children: The Fillmore East Concerts, and it’s one of the previously unreleased recordings from the band’s four shows performed on Dec. 31, 1969, and Jan. 1, 1970.

You can listen to “Ezy Ryder” below.

“The Band of Gypsys was a group about growth, and evolution without ego,” bassist Billy Cox told  Rolling Stone in a new interview. “It was just musicians loving each other and loving the music. It was another way to express the music. I distinctly remember you could see people with their mouths hanging wide open about five, six, 10 rows. They had never heard anything like that, but evidently it had sounded good to them, because we got almost a standing ovation after every song.”

Cox stated that Hendrix’s music “is as relevant today in the 21st century as it was in the 20th century, because Jimi impacted the lives in many untold ways. It influenced everyone from the soldiers in the rice paddies and jungles of Vietnam to the brothers and sisters in the hood. It inspired everyone from the young people who were lovers of peace and justice and for those musicians who were looking for a new direction in music. Band of Gypsys has always been in the now because we were about musical excellence, expression and soul all wrapped up into the body of spirit.”

Songs for Groovy Children: The Fillmore East Concerts will be released on Nov. 22 as five CDs and eight vinyl discs, with Legacy Recordings noting that the collection “boasts over two dozen tracks that have either never before been released commercially or have been newly pressed and newly remixed.”