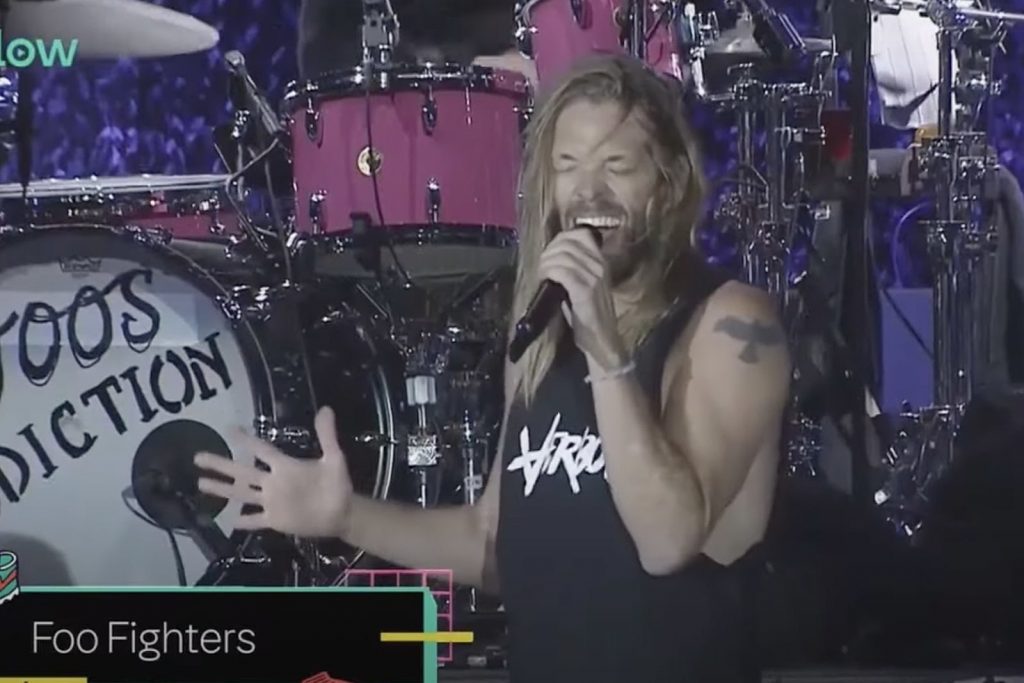 The unexpected death of Foo Fighters drummer Taylor Hawkins on March 25 has sent shockwaves through the rock community. Hawkins was 50 years old.

“The Foo Fighters family is devastated by the tragic and untimely death of our beloved Taylor Hawkins,” a statement from the band read. “His musical spirit and infectious laughter will live on with all of us forever. Our hearts go out to his wife, children and family, and we ask that their privacy be treated with the utmost respect in this unimaginably difficult time.”

Foo Fighters were scheduled to perform in Bogota, Columbia that same evening at the Festival Estero Picnic, as well as Lollapalooza Brasil on Sunday, March 27 in Sao Paolo, Brazil. Though no cause of death has been reported, multiple sources have confirmed that Hawkins was found in his hotel room on the evening of March 25.

Hawkins’ final live performance took place a few days earlier on March 20 at Lollapalooza Argentina in San Isidro, where the multi-hour show included Hawkins’ rendition of Queen‘s “Somebody to Love.”

“You know the best thing about Taylor Hawkins, he’s the best fucking drummer in the world,” Dave Grohl said as he introduced Hawkins on stage. “We love him so much.”

Hawkins, clad in bright orange, tiger striped pants, came down from his seat behind the kit, picking up a microphone along the way. “That motherfucker can sing and those pants make it sound better,” Grohl joked.

“Hi Dave,” Hawkins said, embracing Grohl in a hug before the latter went back to fill in on drums.

The band then launched into the song, with Hawkins assuming front man status. (The full concert performance, which featured various Foo Fighters hits, can be found here.)

“We’re not one of those bands who are hooked up to a computer or play to backing tracks,” Hawkins told Kerrang! in 2021. “We have no safety net, and what happens is what happens. If it’s a train wreck, it’s a fucking train wreck. We live and die by the great sword of rock ’n’ roll. You’re getting something real: you’re getting blood, you’re getting guts, you’re getting a human exchange, and we’re actually really feeding off the audience and the excitement.”