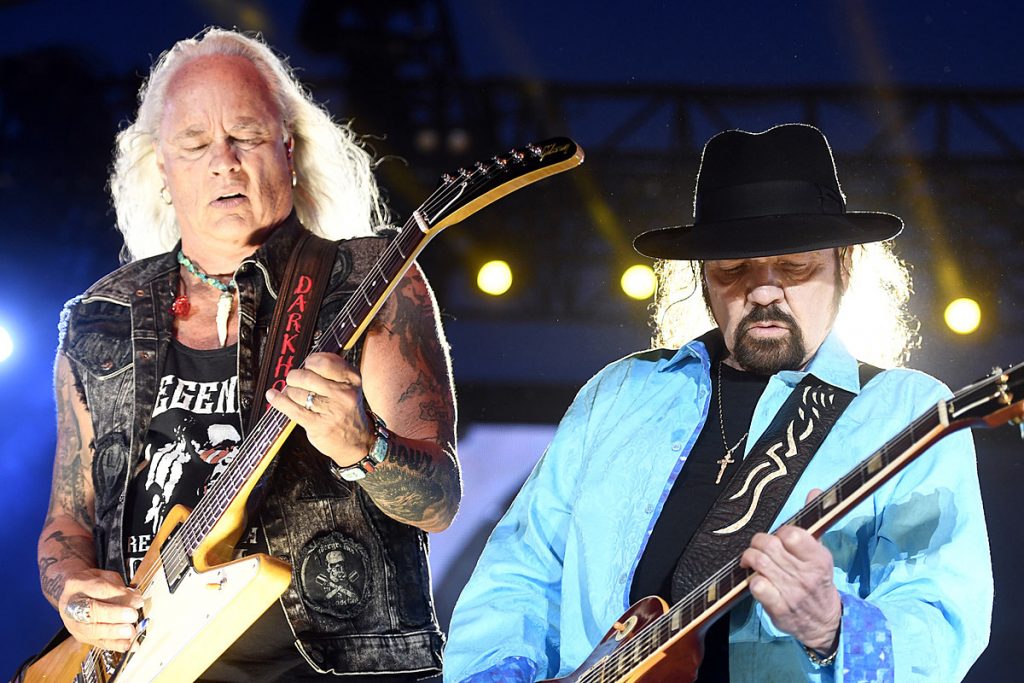 The screening of Lynyrd Skynyrd‘s concert film, Last of the Street Survivors Farewell Tour, in theaters earlier this week was beset by technical issues in some venues. However, the band has issued an apology and promised to release the movie on home video in January 2020.

After thanking their fans for coming out to see the film, they wrote, “Unfortunately, we experienced some glitches in a handful of locations, where the film never aired or had technical difficulties. We are also aware that there were some audio and volume issues that didn’t measure up to the band’s standards. The band and our team worked very hard on the event, to bring you the best and unfortunately we fell short in some locations. We delivered a first class concert to Fathom Events and the theatre partners but the issues that happened were out of the band’s control and oversight.”

The band suggested contacting either Fathom Events or the theater where the tickets were purchased for refunds and then revealed their plans to release the movie. “As you may know, DVDs and Blu-ray discs are a last of a dying breed,” they continued. “However, in light of last night’s experience, majority positive and a few negative, we have decided to continue to work on the project and will be releasing the full concert on DVD/Blu-ray in January 2020. This may not be a huge consolation to some of you, but we want the fans to be able to own and also experience the show as it was intended to be seen.”

The concert took place on Sept. 2, 2018 at TIAA Bank Field in Lynyrd Skynyrd’s hometown of Jacksonville, Fla. “The energy, passion and reaction to the music and band was something we will never forget,” guitarist Gary Rossington later said of the night.