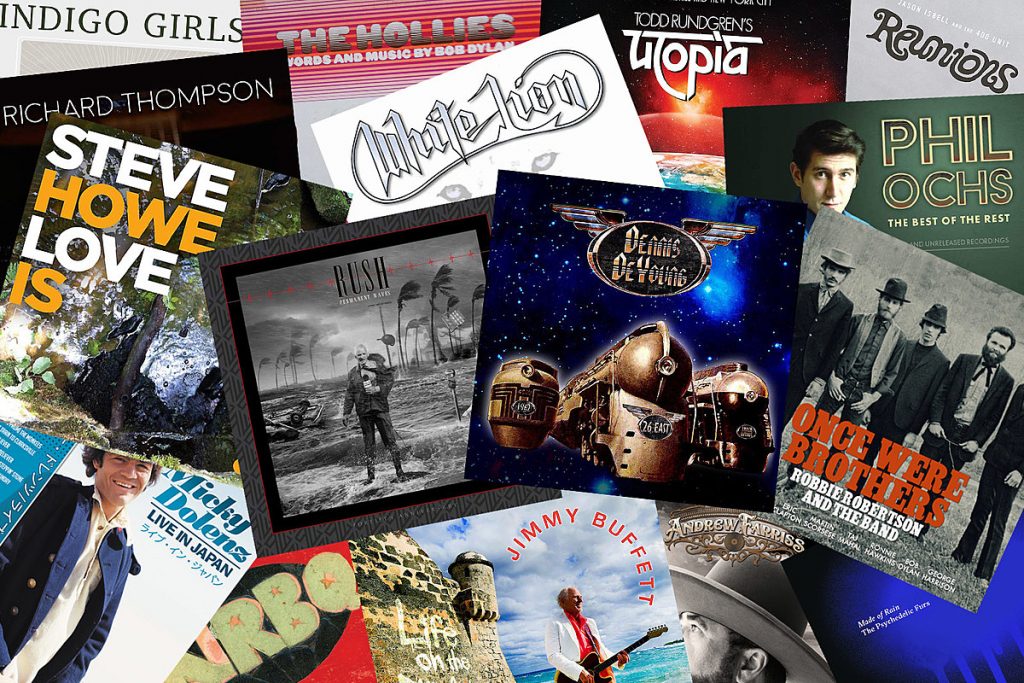 The list of May 2020 new music releases is dominated by solo records, as members and ex-members of Styx, INXS, the Melvins, the Monkees, White Lion and Yes step out with their own projects.

Reissues include Rush, who return to their seventh studio album Permanent Waves for an expanded box that includes 11 unreleased live recordings. There’s also a new concert reunion project on the way from Todd Rundgren‘s Utopia.

May 22
The Band, Once Were Brothers: Robbie Robertson and the Band (DVD)
Dennis DeYoung [Styx], 26 East: Volume 1
Indigo Girls, Look Long
Phil Ochs, The Best of the Rest: Rare and Unreleased Recordings