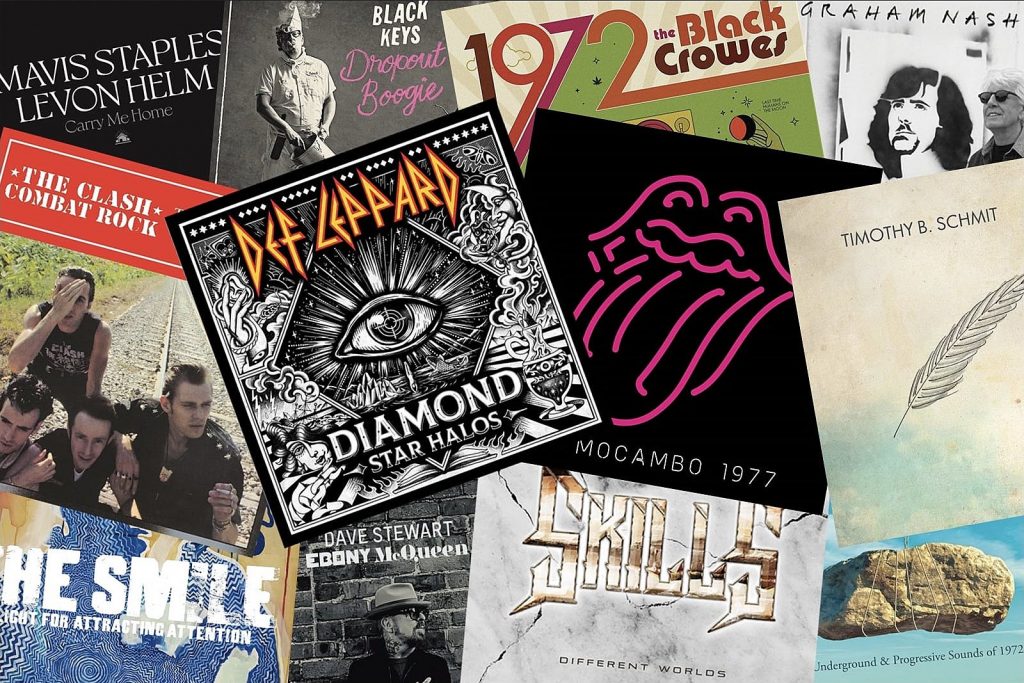 The list of May 2022 new music releases is capped by the return of one of the biggest hitmakers of the ’80s. There’s also tribute music, an expanded classic and a new supergroup to look forward to this month.

Def Leppard‘s Diamond Star Halos is their first full-length since a self-titled LP in 2015. The 40th-anniversary edition of the Clash‘s Combat Rock album expands to include 12 additional songs compiled by the band’s surviving members.

Timothy B. Schmit‘s Day by Day is the first solo project from the longtime Eagles member since Leap of Faith in 2016. The Black Keys‘ 11th album is called Dropout Boogie.

The Black Crowes‘ new EP titled 1972 includes covers of legendary cuts from the Rolling Stones, Temptations and Rod Stewart. The Police‘s 1982 documentary film Around the World returns with restored picture and remastered audio, along with complete performances of four bonus songs.

Different Worlds is the debut LP from Skills, a newly formed band featuring members of Night Ranger and Mr. Big. Radiohead‘s Thom Yorke and Jonny Greenwood are also taking a hiatus to release the Smile‘s A Light for Attracting Attention.

More information on these and other pending rock albums can be found below. Remember to follow our continuously updated list of new music releases for details on records issued throughout the year.