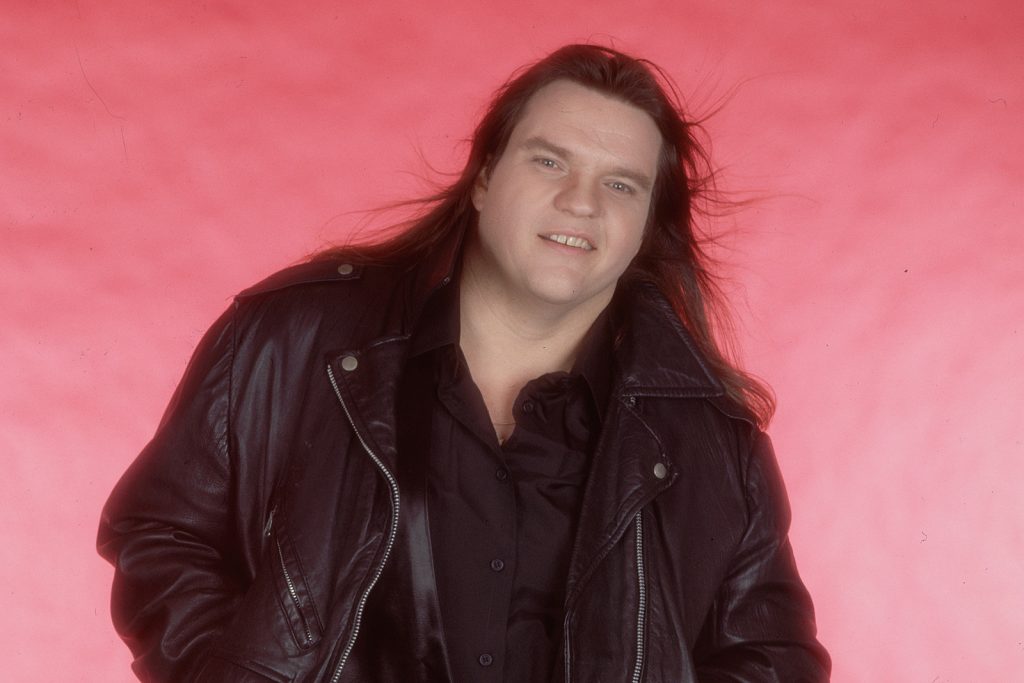 The news was revealed on the singer’s official Facebook page, and confirmed via the New York Times by his manager, Michael Greene. A cause of death has not been disclosed.

The Facebook post explained that Meat Loaf’s wife Deborah and daughters Pearl and Amanda were with the singer at the time of his passing. “We know how much he meant to so many of you and we truly appreciate all of the love and support as we move through this time of grief in losing such an inspiring artists and beautiful man,” the statement reads. “From his heart to your souls… don’t ever stop rocking!”

Best known for his Bat Out of Hell trilogy of albums – Bat Out of Hell, Bat Out of Hell II: Back into Hell, and Bat Out of Hell III: The Monster Is Loose – Meat Loaf sold over 100 million records during a career that spanned over four decades. He won a Grammy in 1994 for Best Solo Rock Vocal Performance for the song “I’d Do Anything for Love,” and was a phenomenon in Europe, particularly in England where Bat Out of Hell stayed on the charts for over nine years.

Meat Loaf was known for his soaring vocals, magisterial performances that embraced his camp persona and a commitment to never giving fans less than their money’s worth. “There’s three elements that I look at as rock ‘n’ roll, which are the fever, the fantasy and the fun,” he told an interviewer for Sounds Magazine in 1978. “There’s gotta be that fun.”

He was also a successful stage and screen actor. One of his first big breaks came through an appearance in the musical Hair, and a role in The Rocky Horror Picture Show in 1975 was indelible enough to launch a screen career. He appeared frequently in movies, particularly in the second half of his career, with roles in everything from independent films to big budget productions like Wayne’s World and Fight Club. He was also a frequent presence on television, appearing as a musical guest on Saturday Night Live, voicing himself in an episode of South Park, and even turning up on WWE Raw.

Born Marvin Lee Aday in Dallas, Texas, on September 27, 1947, Meat Loaf began performing in high school musicals at Thomas Jefferson High in Dallas. After attending Lubbock Christian College and North Texas State University without graduating, he moved to Los Angeles in 1967. There, he formed a series of bands, the first of which was called Meat Loaf Soul, and opened for the likes of Van Morrison, Taj Mahal, and Janis Joplin. Eventually, Aday and his bandmates cycled through some other names, including Popcorn Blizzard and Floating Circus, and continued their success as an opening act for bands like the Who, the Stooges, and the Grateful Dead.

Perhaps the most important moment in Meat Loaf’s early career came when he began working with songwriter and producer Jim Steinman. The two met in 1973 when the singer was auditioning for a musical in New York City, More Than You Deserve, for which Steinman had written the songbook. The two found an immediate chemistry while working up a review to promote the show. “When I sang Jim’s song, everyone stood on their feet and went crazy,” Meat Loaf remembered in a Rolling Stone interview in 2021. “By the end, I was going, ‘Maybe I should work with this guy Steinman. People tell me I can sing, but I’ve never sang like that.”

The collaboration led to the album Bat Out of Hell, which had its roots in a musical called Neverland – a futuristic adaptation of Peter Pan – that Steinman had written. Recorded in 1975-6, with Todd Rundgren producing, the album proved difficult to sell until Meat Loaf’s friend John Belushi got him a gig as the musical guest on Saturday Night Live in May of 1978. This “broke the egg and Bat Out of Hell spilled out all over the world,” he later recalled. “We went from selling no records at the end of May to being five times platinum.”

Meat Loaf and Steinman would go on to record five more albums together, although the relationship was not always a smooth one. They had several disputes over the years, and were involved in a 50 million dollar lawsuit in 2006 over the trademarking of the phrase “Bat out of Hell.” The two eventually repaired their relationship and collaborated on 2016’s Braver Than We Are, and when Steinman died in April of 2021, Meat Loaf summed up their relationship by explaining that “We belonged heart and soul to each other. We didn’t know each other. We were each other.”

From the beginning, Meat Loaf was a prolific performer, and he spent at least part of every year from the mid ’80s through 2016 on tour. But eventually his lifelong combination of being large-framed and extremely active on stage took a toll on his body. He underwent replacement surgery on both knees in 2012-13, and had spinal fusion surgery in 2016 after an on-stage collapse at a concert in Edmonton, which was initially blamed on dehydration. He attributed this to lifelong struggles with his weight in an interview later that year: “It’s probably because I weighed 300 pounds most of my life.” Although, he added, “running around the stage, doing what I was doing, rolls and jumps, didn’t help.”

The final years of his life saw him honored in a stage version of Bat Out of Hell in 2017, continuing to attend film and television festivals, and occasionally promising future musical projects. As he told the Mirror in 2020: “I’m not old. I’ve got songs for another record and I’m reading a script.”

Throughout all of it, Aday remained true to his vision of fully inhabiting his characters – whether on screen and stage, or in concert as his greatest character of all, Meat Loaf – for the purpose of entertaining the legion of fans who adored him. At the heart of his prodigious abilities lay, simply and purely, a performer. As he liked to describe himself, in a self-deprecating phrase he credited music producer Tom Cavallo with coining: “Meat Loaf is an actor who acts like he can sing.”

This story is being updated.