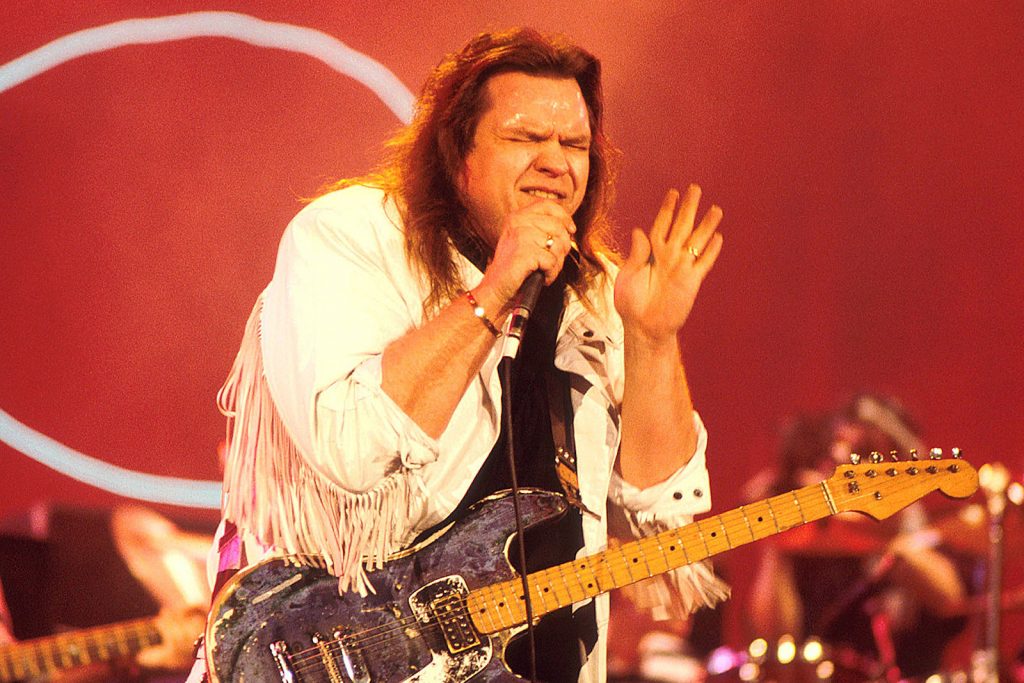 Meat Loaf was larger than life, in all aspects of the term – and he left a large body of music behind.

We know the hits, of course – “Two Out of Three Ain’t Bad,” “Paradise By the Dashboard Lights,” “I’d Do Anything For Love,” even “Hot Patootie” from The Rocky Horror Picture Show. But with a dozen studio albums plus his Stoney & Meatloaf album for Motown, the Texas-born singer/actor formerly known as Marvin Lee Aday gave us a great deal more than most folks realize.

Here are a baker’s dozen of songs that may have passed you by over the years:

Meat Loaf’s recording career began, of all places, at Motown – or more specifically its Rare Earth Records imprint as part of an effort to add more rock to the company’s roster. Meat was in Detroit acting in a production of Hair when he was approached by Motown. He in turn recruited Shaun “Stoney” Murphy for a one-off duo project, before she went on to sing backup in Bob Seger‘s Silver Bullet Band and co-front Little Feat. This elegiac, madrigal-flavored ditty would not have sounded out of place in Hair, and it’s notable for Stevie Wonder playing piano amidst the rich, string-laden orchestrations.

With more than 43 million copies out there in the world, it’s hard to imagine anything from Meat’s best-selling breakthrough is under-appreciated. But the big hits did obscure some of the other songs, especially this one. “Heaven Can Wait” is a comparatively simple pleasure amidst the Bat bombast, dominated by Meat Loaf’s measured vocal and E Street Band member Roy Bittan’s piano, with subtle orchestrations and backing vocals. And that may be the only time “subtle” is used in discussing this LP.

Meat Loaf lost his voice temporarily after Bat Out of Hell, which made the follow-up process a bit of a mess. Steinman, in fact, made his own album (Bad For Good) while Meat went off to make the Roadie movie. Dead Ringer was no Bat, but still had many of that opus’ merits. This de facto title track is an Eddie Cochran-style rave-up secretly co-written by Cher, who appeared in its music video. It didn’t make the Billboard 100, but definitely deserves a place at the table.

On the outs with Steinman, Meat Loaf hooked up with all-star producer Tom Dowd and a new group of writers and players that included Rick Derringer, Lynyrd Skynyrd‘s Gary Rossington, the E Street Band’s Max Weinberg and others. This power ballad was penned by Dick Wagner, a veteran of Alice Cooper and Lou Reed‘s bands and a studio hand for Aerosmith and Kiss, among others. “Fallen Angel” gave Meat a rich vocal showcase to end his third studio set.

Meat Loaf hoped Jim Steinman would write another full album with him, but had to settle for just two songs. The first, “Modern Girl,” was an 80’s-drenched techno-pop mess, but “Surf’s Up” is a beaut. This slow-building ballad boasts an arrangement straight from Bat Out of Hell, with majestic guitar work by Paul Vincent and plenty of room for Meat to emote.

Frank Farian was still a couple years away from Milli Vanilli infamy when Meat tapped the German producer to make this contractual-obligation album. Much of the set is mired in the synthesized trappings of the time, but this brawny rocker, written by Rick Derringer, has some hard rock cajones that avert our attention from the cringey lyrics.

‘Everything Louder Than Everything Else’
From: Bat Out of Hell II: Back Into Hell (1993)

Meat finally got back where he belongs, Steinman and all, with this multi-platinum career-reviver. There’s no shortage of over-the-top rock anthems here, and the galloping “Everything Louder Than Everything Else” is one of the best. Coming out of Steinman’s “Wasted Youth” monologue, Meat Loaf declares that “if the feeling’s gone then it’s time to get it back” – and he did, throughout the album on during these eight minutes, in particular.

‘Amnesty Is Granted’
From: Welcome to the Neighbourhood (1995)

Meat Loaf stayed on the concept album track after Bat II, even though Steinman was only involved in writing a couple of the tracks. Sammy Hagar penned this Wall of Sound rocker, singing and playing guitar as well. Steven Van Zandt and Kenny Aronoff are on board, as well. Trust us when we warn that your speakers, or ear buds, will be put to the test here.

For his first album with no original Jim Steinman songs, Meat Loaf turned to collaborators such as Diane Warren, Hedwig and the Angry Inch’s Stephen Trask … and even covered Bob Dylan‘s “Forever Young.” The Sixx:AM team of James Michael and Nikki Sixx stepped in with three songs, too. This magical and majestic title track is a veritable pop opera with vocals featuring longtime Meat foil Patti Russo that were arranged by Bat Out of Hell producer Todd Rundgren, plenty of orchestration and a hot guitar solo by Tim Pierce.

Desmond Child is the production mastermind this time out, though Jim Steinman’s seven song contributions (all from other projects) include this stretched-out duet with Jennifer Hudson. The song was originally part of Original Sin, a 1989 concept album Steinman wrote for Pandora’s Box. Child uses a surprisingly restrained touch to turn it into a stirring, Broadway-worthy showstopper that begs for an immediate repeat listen.

Break it down: “Love Is Not Real (Next Time You Stab Me in the Back)” was co-written with the Darkness‘ Justin Hawkins, and features guitar solos by Steve Vai and Queen‘s Brian May. What’s not to love? These kinds of combinations can go wrong, of course, but not this time. It’s Meat Loaf in all his glory, with collaborators who understand exactly what he should sound like. A cool hang, indeed.

‘Blue Sky/Mad Mad World/The Good God Is a Woman and She Don’t Like Ugly’
From: Hell In a Handbasket (2012)

One of the more curious pieces in the Meat Loaf catalog, this is a suite that moves from piano-led balladry to big-beat rock, with a rap by Public Enemy‘s Chuck D thrown in. It actually manages to hang together, and there’s surely nothing else like it in the canon.

Meat Loaf reunited with Jim Steinman, fittingly, for what became his final album and one of the composer’s last major works. The song title says everything here: This 11-and-a-half-minute epic sounds like the duo is holding nothing back. It’s almost as if Meat Loaf and Steinman knew “Going All the Way” would be their definitive final statement. Ellen Foley and Karla DeVito are on board for some additional vocal oomph, and more blasts from the past. Together, they go out all the way – and then some.