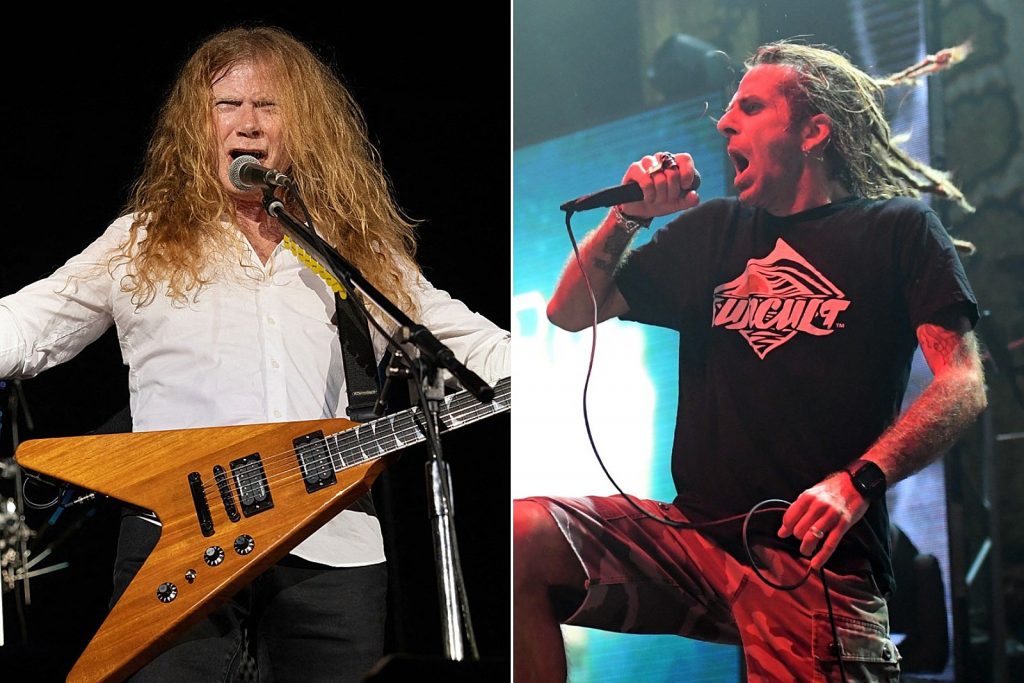 Megadeth and Lamb of God have announced another North American leg of their co-headlining “Metal Tour of the Year,” with support from Trivium and In Flames.

The second leg of the heavy metal road show kicks off on April 9 in Las Vegas and runs through May 15 in Allentown, Penn. Tickets go on sale to the general public on Friday. You can find more ticketing information at the Metal Tour of the Year website and see the full list of tour dates below.

Last year’s Metal Tour of the Year stormed arenas and amphitheaters across North America throughout August and September. The lineup was largely the same, but hardcore stalwarts Hatebreed filled in for In Flames, who hail from Sweden and couldn’t make the trek due to travel restrictions.

“The Metal Tour of The Year is exactly what it sounds like – a night of some of the best heavy metal bands in the world – live and loud,” Megadeth’s Dave Mustaine said in a statement. “Anyone who came to a show last year knows what I mean, only this one’s going be even better. Do not miss out.”

The flagship Metal Tour of the Year was preceded by longtime Megadeth bassist David Ellefson’s dismissal from the band after sexually graphic exchanges between the bassist and a female fan were leaked online. Megadeth replaced Ellefson with James LoMenzo, and Mustaine announced he would remove Ellefson’s tracks from the band’s upcoming 16th album, The Sick, the Dying … and the Dead, which is tentatively due this spring.