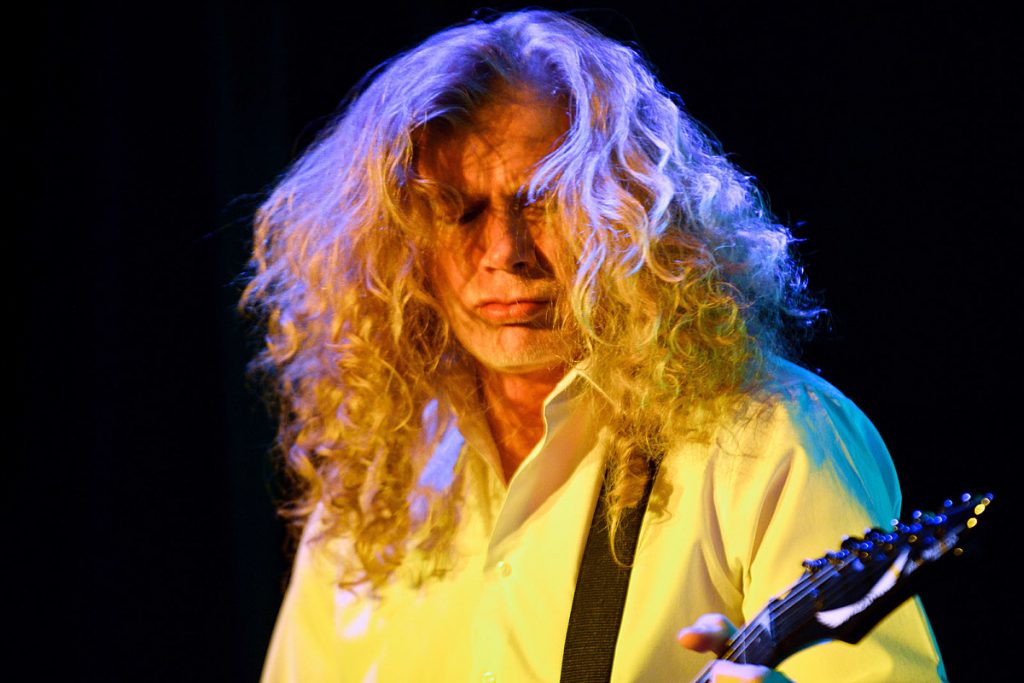 They opened up for Five Finger Death Punch tonight at the Hartwell Arena in Helsinki, Finland, delivering an 11-song set that included such favorites as “Hangar 18,” “Peace Sells” and “Symphony of Destruction,” the last of which is embedded below. It’s their first show since Oct. 27, 2018 at the Stadion Kridosono in Yogyakarta, Indonesia.

Mustaine shared the news of his health last June. “I’ve been diagnosed with throat cancer,” he wrote. “It’s clearly something to be respected and faced head on — but I’ve faced obstacles before. I’m working closely with my doctors, and we’ve mapped out a treatment plan which they feel has a 90 percent success rate. Treatment has already begun.”

His treatment required Megadeth to cancel their entire tour calendar for 2019, including their headlining slot on the inaugural Megacruise, with Lamb of God recruited to take their place. However, he said that he and his band mates would continue their work in the studio creating the follow-up to 2016’s Dystopia.

One of the tracks they’ve worked up features vocals by bassist Dave Ellefson and was inspired by one of Kiss‘ biggest hits. As Mustaine recalled, “I said, ‘Yeah, we should write a song like ‘Beth,’ where it’s a ballad and it’s just you singing it. I think you should write a song about what it’s like being in Megadeth with me, because I read all your lyrics, and I know that your lyrics are aimed at me. You’re upset. So why don’t you write about it?’ … It was actually really cool to see Ellefson writing something and hear him singing.”

A month prior to the cruise, Mustaine offered an update on his condition. ‘I’m almost through the last round of treatment and my doctors are feeling very positive regarding my progress,” he wrote. “I want to thank all of you for the support and well wishes these last few months. I can’t express enough gratitude as it has made this hard road easier knowing you are in my corner fighting with me!”

Mustaine also revealed that he received a text message of support from his former Metallica bandmate, James Hetfield. “Contrary to what anybody says, and contrary to any of the act that we put on, I love James and I know that James loves me and cares about me,” he said. “You can see that when the moment of truth is here and I’m telling the world that I’ve got a life-threatening disease. Who comes to stand next to me? James.”

Megadeth and Five Finger Death Punch will remain on the road until Feb. 20, when their tour concludes in Budapest, Hungary.

Encore
11. “Holy Wars… The Punishment Due”