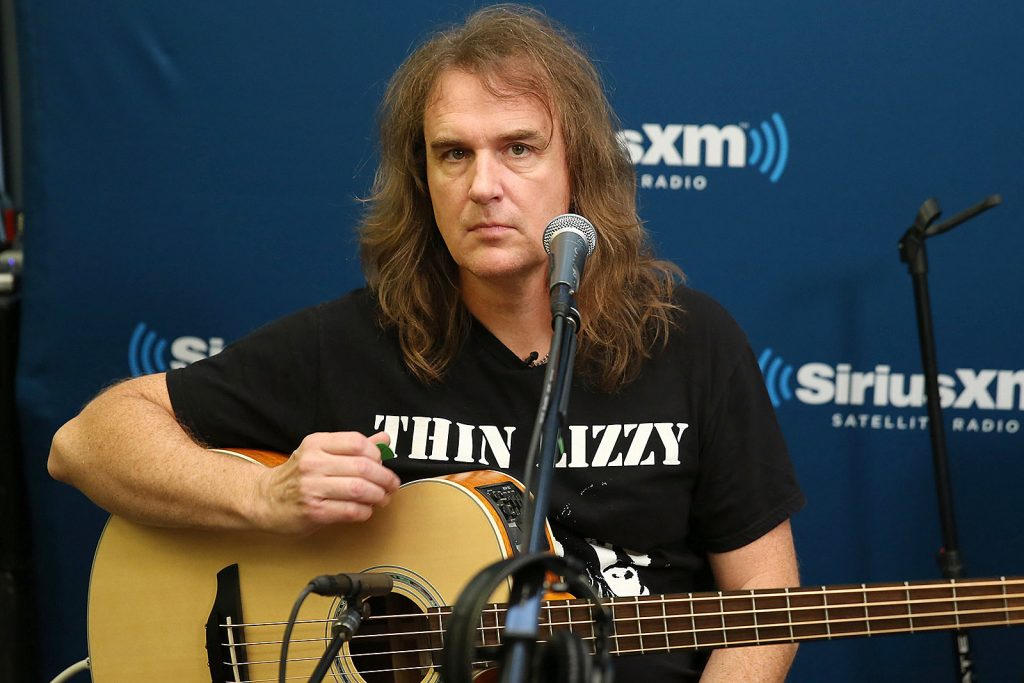 Megadeth leader Dave Mustaine has confirmed that fired bassist David Ellefson’s tracks will be removed from the band’s upcoming 16th album, and that the new recordings would likely be laid down by his full-time replacement.

The follow-up to 2016’s Dystopia was nearing completion, with Ellefson having recorded his parts over a year ago, before he was dismissed last month in the aftermath of a sex scandal.

“I just want to thank you for all the kinds words and support as we get ready for this next tour and continue to hunt for a new bass player,” Mustaine said in the latest episode of his Gimme Radio show. “We are making progress. The record’s being completed, and we’re going to have someone coming in in a couple of weeks to replace the bass tracks that we had.”

He added that the process “should be relatively quick” because the unnamed person he had in mind is a “stellar” musician, and continued: “Hopefully this will be an ongoing thing after the recording. Or we will find someone prior to the recording that will be our permanent guy going forward.”