Metal Supergroup BPMD Revisit the ’70s With Their Debut 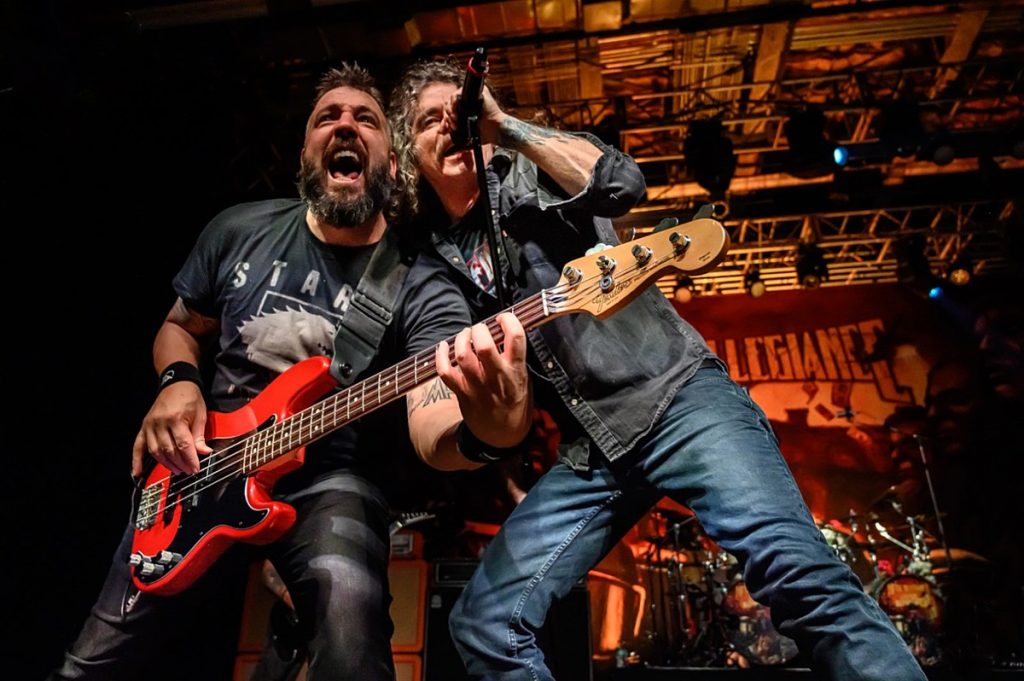 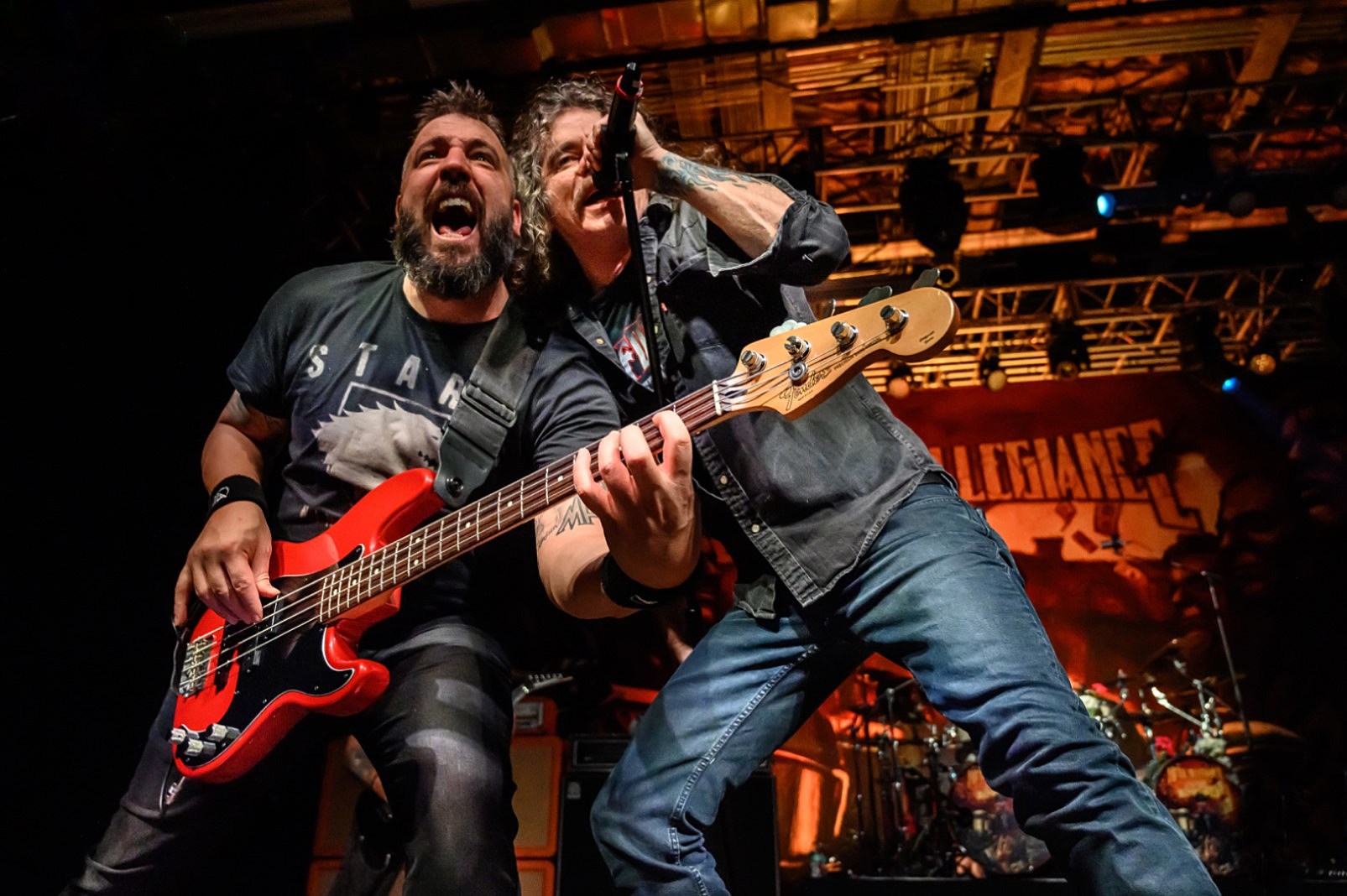 Entering the fourth side of Ted Nugent‘s Double Live Gonzo, you’d expect the energy to wane a little bit. But this is Nugent we’re talking about, and he unleashes a classic stage rant leading into “Wang Dang Sweet Poontang” that was undoubtedly a memorable moment for all in attendance that night in Nashville.

More than four decades later, Overkill singer Bobby “Blitz” Ellsworth can still recite every line of Nugent’s stage banter without even pulling out his vinyl copy of Double Live Gonzo. “I could do this right off the top of my head,” he tells UCR, flashing back to the moment. “This is going to be a one-taker for me. It’s in my DNA, this stuff.”

That was a common thought, as the members of BPMD – Blitz, drummer Mike Portnoy (Dream Theater, Sons of Apollo), bassist Mark Menghi (Metal Allegiance) and guitarist Phil Demmel (Vio-lence, ex-Machine Head) – thrashed through the initial jamming that would produce the 10 tracks that make up American Made, their debut album.

The project first found life as Menghi was sitting in his backyard a few days after July 4 last year listening to classic rock. Lynyrd Skynyrd’s “Saturday Night Special” came on, and the ideas started firing, triggered by a suggestion from his son that he should consider covering the song. “I started hearing drum patterns and rhythm guitar parts, and I started hearing if this song was metal-ed up, how would it sound,” he remembers. “This is all while it was playing in a few minutes span of time. The light bulb went off, and I immediately called Bobby up and I was, like, ‘Dude, we should cover some classic rock songs from the ‘70s.’”

Blitz was in before the night was over. After a series of text messages, Portnoy signed on as the drummer. The group deliberated for a day or two regarding the guitar slot, which eventually landed on Demmel.

They also had the blueprint for what they wanted to put down on tape. “The goal with this record was let’s not change them and make them a thrash song, like a vintage thrash song where it’s speed and aggression,” Menghi explains. “It was let’s do what we do, but play in our styles and see what comes out,”

When it came to material, they decided to focus on American acts, with each band member picking two of their favorites. Additionally, there were two “community” songs that they chose as a group: “We’re an American Band” by Grand Funk Railroad and the James Gang‘s “Walk Away.” “We couldn’t argue the songs” when it came to the ones chosen by the other members, Menghi notes.

In doing so, they encountered challenges. Van Halen’s “D.O.A.,” to name one.

Blitz wasn’t the only one who grappled with the Van Halen cut. “That’s the one song that stumped me,” Menghi admits. “I love Van Halen and I’ve heard the song a million times, but I’ve never in my entire life learned a single Van Halen song. I never went there, for whatever reason. It wasn’t difficult for me, but I had to get into that head space.”

The time spent on “D.O.A.” was the exception to how the majority of the recording went down. BPMD cut their initial tracks for the album as a group, working in Portnoy’s home studio, running through all 10 songs in a day and a half, seeking to stay true to the spirit of how the material they were covering was originally recorded.

Watch BPMD’s Video for ‘Toys in the Attic’

“I know when these records were being recorded back in the ‘70s, you didn’t have the luxury of cuts and stopping, copy and paste, undo, you didn’t have that,” Menghi says. “I wanted that mindset when I was doing my bass tracks. ‘Wang Dang Sweet Poontang’ is a perfect example. One take. Done.”

“I think that was the key to it. I think that if we overthought it, we would have fucked it up. I mean, there were minimal repairs [Portnoy] had to do,” Blitz agrees. “He added a few cowbell drum tracks. He did a great fuckin’ job. The guy knows what he’s fuckin’ doing, so it was kind of like saying, ‘Hey, let’s just fuckin’ roll with this.’”

American Made, the album that emerged from the experience, will be released on June 12. It plays out like a perfect rock ‘n’ roll summer mixtape. There are well-worn favorites (Aerosmith‘s “Toys in the Attic,” ZZ Top‘s “Beer Drinkers & Hell Raisers”), but also deeper cuts, like “Tattoo Vampire” by Blue Oyster Cult (a Demmel pick) and “Evil,” the Cactus song inspired by bluesman Willie Dixon’s original. Embedded in all of the songs are a lifetime of memories.

“I don’t think anybody forgets those experiences in their youth when they start being exposed to music and the stuff that’s going on around it,” Blitz says. “The initial parties, the first girlfriend, saving up for your first car, playing high school sports. Whatever it is. You associate some type of musical experience with that and it’s a vibe. So for me, it was just simplicity and an absolute fuckin’ pleasure to get out of senior citizenship back to the fuckin’ teenage years. I may be old, but I can still throw a right hook.”

Best of all, the way American Made was captured, it feels like a fly-on-the-wall experience, like walked in on Blitz, Portnoy, Menghi and Demmel jamming a set of their classic rock favorites – beverages in the cooler, amps humming, just four friends casually playing through some classic songs.