Metallica Teach Tricks of the Trade in ‘Being a Band’ MasterClass 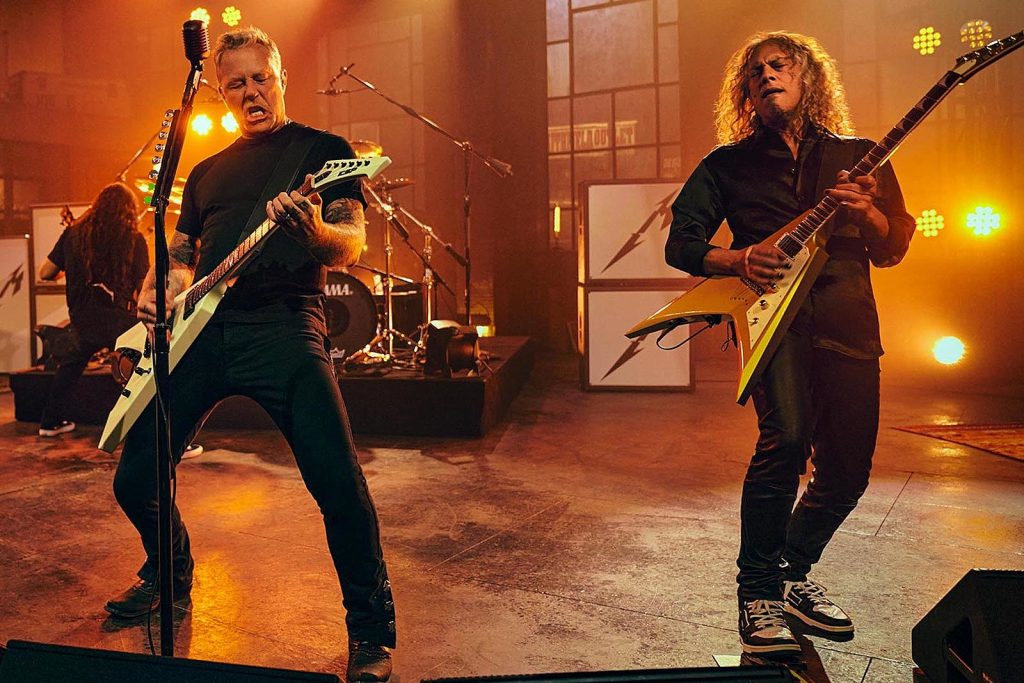 Metallica fans can learn from the pros in a new band-led master class titled, simply, “Being a Band.”

To celebrate their 40th anniversary, the band members — James Hetfield, Lars Ulrich, Kirk Hammett and Robert Trujillo — have partnered with the MasterClass streaming platform to dispense wisdom about forming a band, writing songs, navigating egos and taking the necessary steps to elevate a group of hungry basement-dwellers into stadium-filling titans.

“We have sustained our bond for more than 40 years because we’ve learned a lot about each other and ourselves over time,” Hetfield said in a statement. “In our class we not only teach MasterClass members how we write songs and find inspiration for our music, but how the experiences we’ve had together have contributed to successful creative collaboration.”

Hetfield and his bandmates obviously speak from experience. Since releasing their debut album, Kill ‘Em All, in 1983, Metallica have sold more than 120 million albums worldwide and released six consecutive chart-topping studio records. Their self-titled 1991 album, commonly known as the Black Album, is the bestselling album of the Nielsen SoundScan era with more than 16 million U.S. sales. Along the way, they’ve collected nine Grammy Awards and been enshrined in the Rock & Roll Hall of Fame, and they continue to fill stadiums around the world to this day.

Metallica’s “Being a Band” course is the latest in a series of genre-spanning musical MasterClasses. Other instructors include Tom Morello, Carlos Santana, St. Vincent and Herbie Hancock. Metallica’s curriculum, which is just shy of three hours total, includes the following lessons:

– From Riff to Song
– Deconstructing “Enter Sandman”
– Navigating Egos and Giving Criticism
– Writing Lyrics
– Song Deconstruction: “Master of Puppets”
– Building a Rock Solo From the Blues
– Exploring Dynamics: The Song “One”
– Performance Techniques
– The Bass Sound
– The Fifth Member of the Band
– Putting Together an Album
– Securing Your Band’s Future
– Take Charge of Your Creative Destiny
– Performance: A Live Show With Metallica

You can learn more about the class here and watch a trailer below.