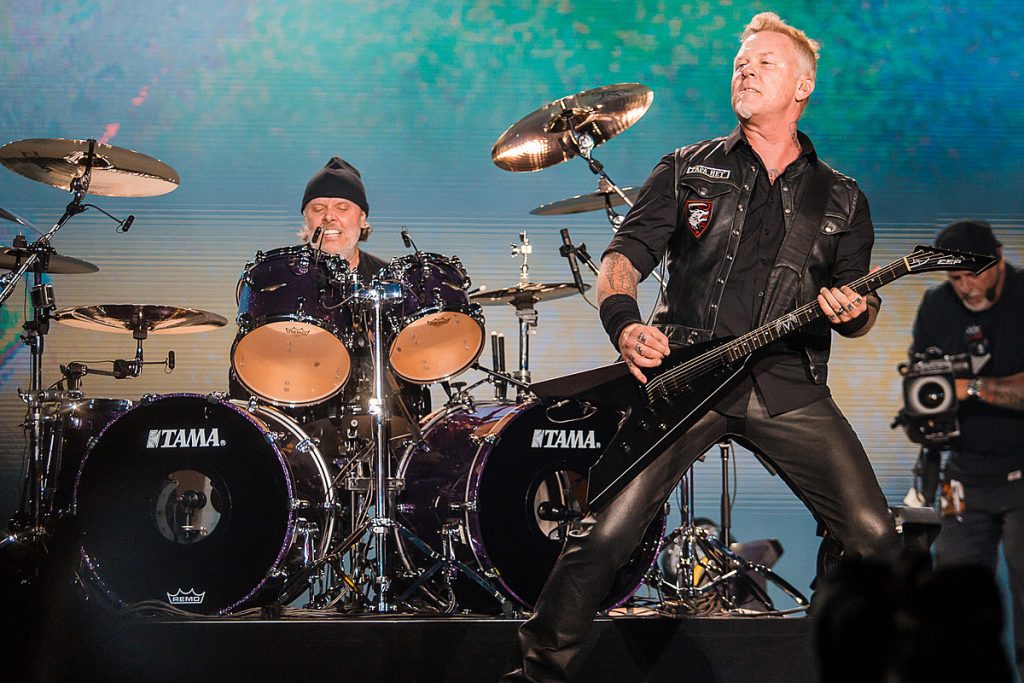 Metallica have announced a series of festival performances for 2020. The rock giants will headline Epicenter, Welcome to Rockville, Sonic Temple, Louder Than Life and Aftershock next year.

The band will deliver two shows at each event, with different set lists compiled for every performance. The result will see Metallica play a total of 10 distinctive festival shows over the course of the year. The dates will be Metallica’s only festival appearances in North America for 2020.

“Metallica isn’t just another headliner,” noted Danny Wimmer, founder of the production company behind all five festivals, Danny Wimmer Presents. “When Metallica takes the stage, it’s an event. It’s an experience.” The music industry veteran went on to praise Metallica’s influence on generations of musicians. “Metallica paved this road that we travel. How many artists on the bill at these five festivals picked up and instrument, or first started a band, because of Metallica?”

The news was revealed during a live-stream video posted to all of the festival’s websites and their associated social media pages. The announcement could also be watched on the MetallicaXX website, a mysterious page that appeared earlier this week with a countdown clock.

Metallica recently canceled a string of tour dates in Australia and New Zealand after frontman James Hetfield checked himself into rehab to receive addiction treatment. In a message announcing the shows’ postponement, bandmates Lars Ulrich, Kirk Hammett and Robert Trujillo voiced their support for Hetfield, while also expressing appreciation for their fans.

“We are devastated that we have inconvenienced so many of you, especially our most loyal fans who travel great distances to experience our shows,” the statement read in part. “We appreciate your understanding and support for James and, as always, thank you for being a part of our Metallica family.”

In happier news, the band is still buzzing from two successful nights performing alongside the San Francisco Symphony Orchestra in celebration of the 20th anniversary of the S&M album. Footage from the dates, dubbed S&M2, were assembled into a concert film that screened in theaters worldwide last night.

Fans will now have the chance to see Metallica up close and personal at five different 2020 events. Tickets for all of the festivals go on sale today for fan-club members and those who have previously purchased tickets to Danny Wimmer Presents events. The general public on-sale will commence Oct. 14. Further info, including prices, can be found at MetallicaXX.com and the various festivals’ official websites.