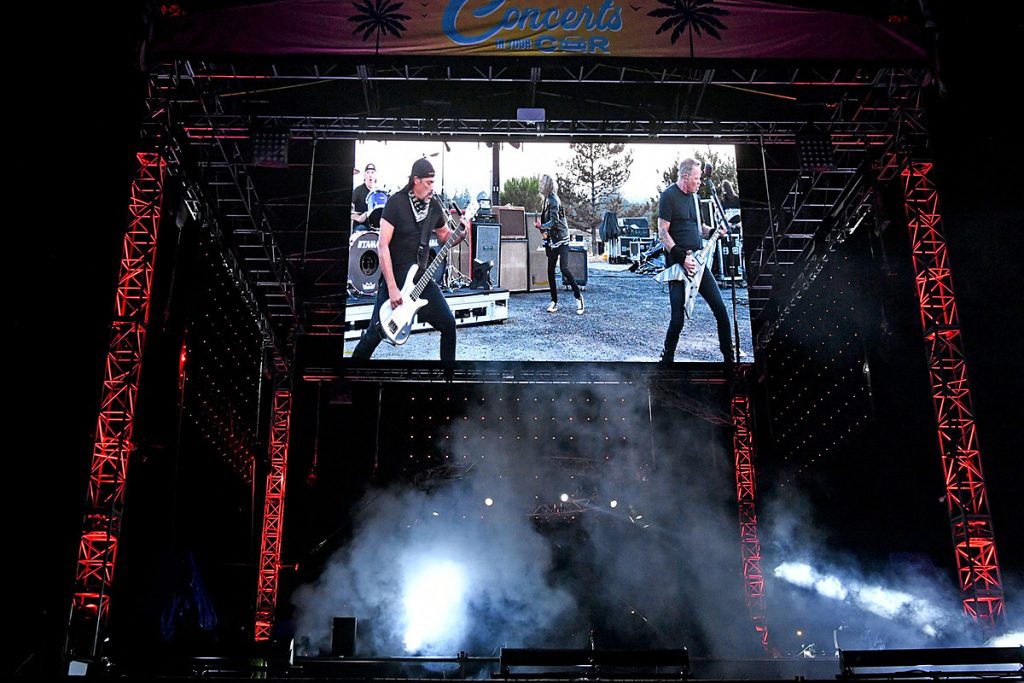 The owner of the winery where Metallica recorded their drive-in concert movie had to keep the filming session secret for fear of being ordered to cancel it.

Jeff Bundschu, CEO of the Gundlach Bundschu estate in Sonoma County, CA., called off a social distanced performance by Chris Robinson after pressure from local officials, and worried that the same would happen to Metallica.

“[The County Supervisor] was concerned the optics set a bad precedent and I freaked,” Bundschu told the Sonoma News. “If that little show was an issue, what would people think if they got wind of Metallica? I did not want to become the posterchild of COVID carelessness.”

To ensure the filming went ahead safely, he and his family went through four separate virus tests in the days leading up to Metallica’s arrival on Aug. 8. The band themselves quarantined at home while their crew spent a week locked in a nearby hotel. All winery staff were sent home before the trucks drove in and a COVID compliance officer was on hand to protect the health interests of the film crew.

Bundschu said of band members James Hetfield, Lars Ulrich, Kirk Hammett and Robert Trujillo: “Because of COVID, they all hadn’t seen each other in months, and they were so happy to be together, so authentic, doing what they do best. … It really hit me then that this incredible band, with all its history, integrity and scale, was playing its great music right here, on our little knoll, in Sonoma.”

He’d made a connection with the band when one of the management team visited Gundlach Bundschu, where boutique music events have been taking place for a decade. “If anyone in the music industry visits the winery, I always lead the tour,” the CEO said. After the connection resulted in a message from Metallica on July 31, he kept the news to himself for as long as he could before telling other members of the family business.

“I don’t know if it’s fair to say they’re used to me dropping things like this on them, but they were not shocked,” he said. “Nor too wowed to not ask me all the usual questions — ‘What’s our liability? How will we keep this a secret? What are they paying? What’s the upside to us?’” He told them: “Come on! It’s Metallica!”