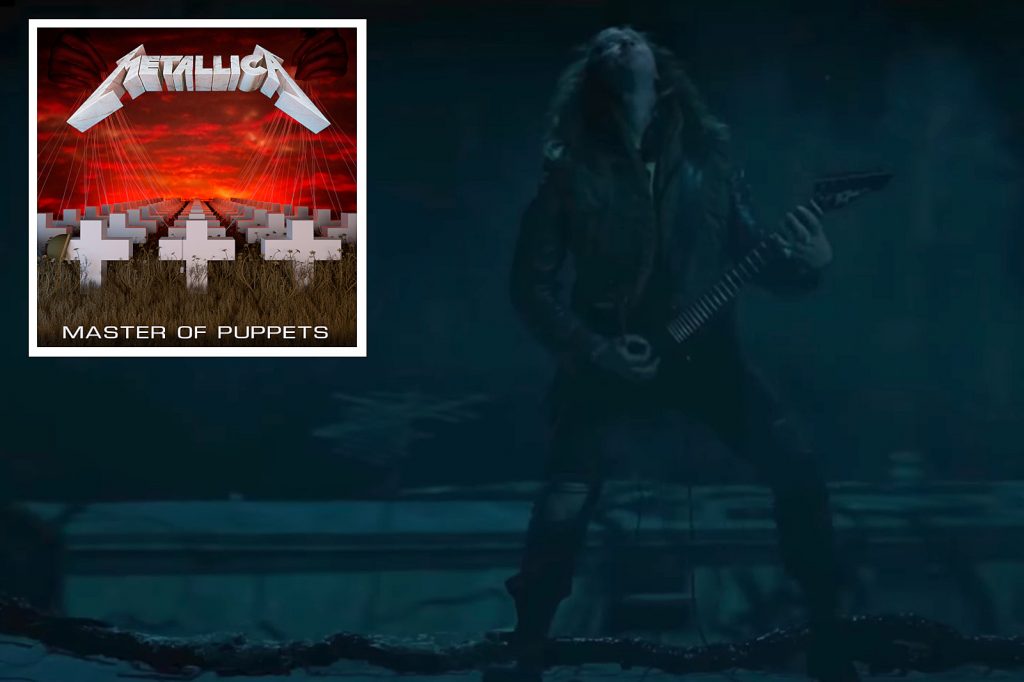 Metallica’s classic 1986 song “Master of Puppets” was featured in a pivotal moment of the Season 4 finale of Stranger Things.

Fans of the show will already be familiar with Eddie Munson, the metal-loving high school student who was introduced at the start of the season. Over the course of nine episodes, the character, played by Joseph Quinn, was accused of a murder he didn’t commit, befriended by the series’ inner circle of teen heroes and informed of the existence of the Upside Down.

In the Season 4 finale, the group of friends ventures into the Upside Down to battle Vecna, an evil demon responsible for a series of deaths in the town of Hawkins. In one of the finale’s climactic moments, Eddie distracts flying creatures known as demobats by tearing through the “Master of Puppets” guitar part.

We’ll stop the plot points there, just in case you haven’t watched the episode yet. You can see a clip from the “Master of Puppets” scene below.

A brief snippet of Eddie shredding on his guitar was featured in the Stranger Things Season 4 trailer, which took the internet by storm back in April. Since then, fans have theorized about what song he could have been performing. Quinn, for his part, kept the answer a secret all these months. Volume 2 of Stranger Things Season 4 arrived on Netflix today (July 1).

The hugely popular series has become known for its incorporation of music. The show — set in the ‘80s — has used a wide range of material from the era, including songs by the Police, the Clash, Duran Duran, Toto, Bon Jovi, Peter Gabriel, Journey and Kiss. This season also made headlines for helping spur massive interest in Kate Bush’s 1985 single “Running Up That Hill (A Deal With God),” propelling the song onto charts around the world.