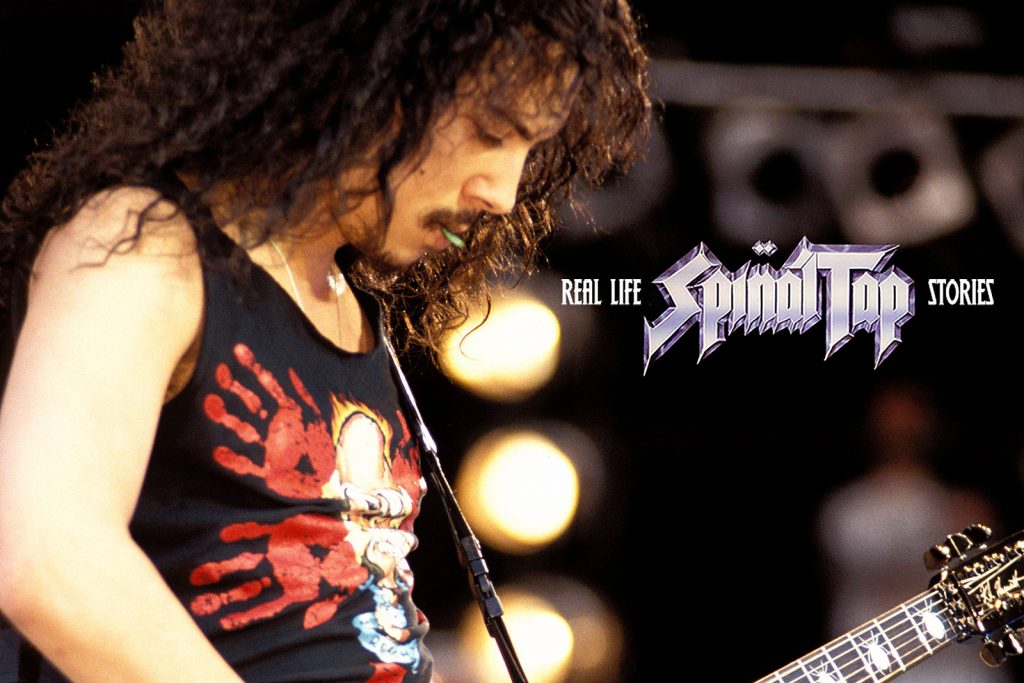 Deep in the tour in support of the Black Album, it seemed like Metallica were invincible. But their 1992 Wembley Stadium performance offered a reality check.

As the first band to take the stage for the Freddie Mercury Tribute Concert, Metallica discovered the backstage scene was a different kind of chaos than they were used to. “Here’s the pre-tent tent where you wait,” James Hetfield remembered on the Metallica Podcast. “It was full of headsets and clipboards. ‘Okay, who’s next? Oh, who are you? Which guy are you?”

Guitarist Kirk Hammett experienced some of this confusion firsthand. “I remember my tech handed me my guitar,” he recalls. “There was a person there with a clipboard and headset saying, ‘Are you in the band?’ I’m looking at this person, shocked.”

He had a problem because the next thing he heard was Hetfield starting the opening chords of “Enter Sandman,” the opening song of Metallica’s set and the very first song of the tribute concert. Hammett took quick action. “I turned around, jumped over someone else’s monitor from some other band,” he said. “I weaved through a back line of some other bands and then popped out in front of everything, just in time for me to hit the wah pedal chord.”

He knew the importance of the moment, recognizing that it was Metallica’s big chance to be among “musical legends” and take their own story to the next level. “I was so excited,” he said. “But then I thought, ‘Oh, my God, I’m going to screw it up, because I’m in the wrong place. I don’t know where to go!’”

Averting that potential disaster and working through his own Spinal Tap moment, Hammett found his spot onstage. “We all kind of crashed down together and played the song,” he recalled. “It was surreal.” Hetfield still relishes what he calls “the beauty of that moment.” “I looked out in the audience and it was not our audience,” Hammett added. “It was, like, the general population of England.”

Hetfield also appeared onstage that day to help out with the Queen song “Stone Cold Crazy” with the members of Queen and Black Sabbath guitarist Tony Iommi. “James, our James, Metallica James, he got invited to go up and sing with Queen?” said drummer Lars Ulrich. “Oh, my God.”

Queen drummer Roger Taylor is a fan of Metallica’s cover version of “Stone Cold Crazy,” which they recorded for Rubaiyat, a 1990 tribute album celebrating the 40th anniversary of Elektra Records.

“It’s a strange song, it’s not an easy song,” Taylor tells UCR. “It’s a frenetic rocker. Good for them. I like Metallica. I like James Hetfield. He’s a great guy. They’re nice people. We were flattered that they covered it, and they did a good job.”