Mick Jagger Gets Washed Up for ‘Just Another NIght’ 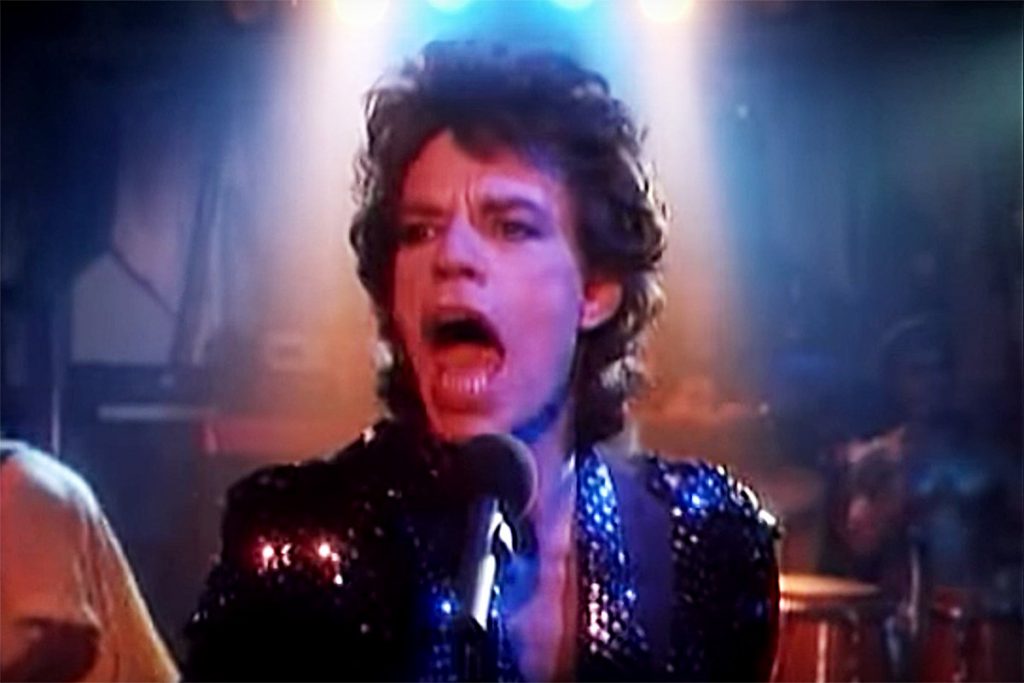 Mick Jagger could be forgiven for feeling that he’d got some satisfaction as the lead single from his first solo album reached the Top 20 in early 1985. While it wasn’t quite a vanity project, the LP, She’s the Boss, was certainly something he’d just wanted to try, without applying too many expectations to the exercise.

“The only thing I was really thinking about… was that I really wanted to avoid making one of those intensely personal, autobiographical, very serious, extremely sensitive, completely full-of-garbage records that so many of my colleagues had released when they’ve ‘gone solo,’” the Rolling Stones icon told the Boca Raton News soon after its release. “I’m a rock singer working in a rhythm and blues tradition, and I wasn’t about to go out and make a record that would be a big departure from that, one that would betray my roots. … I just wanted to make a good, strong rock record.”

The lead single, “Just Another Night,” was actually the fifth single he’d been involved with beyond his Rolling Stones duties, but it was still his first proper solo release, and it delivered more or less what he’d aimed for. Very much a function of its time, it featured super-clean production and instrumentation. But it still contained a healthy amount of rock ’n’ roll swagger, courtesy of Jagger’s trademark performance and a guitar solo by Jeff Beck. “The album was clearly a 1980s dance record,” Jagger’s website reports. “It overflowed with cool production tricks and the songs sounded very muscular.”

“My intention was to write songs that were slightly left of the mainstream,” Jagger explained. “I wanted to write songs about personal relationships. And as I was writing the songs I was thinking visually, cinematic.… I felt strongly that if I was going to release a solo record, I needed to focus on my performances without having the responsibility of also producing the record.”

The project included a longform video, cut into sections to support five of the album’s nine tracks, following the story of a washed-up rock star who discovers he still loves the music no matter what else happens to him. For “Just Another Night,” set in a small island club, Jagger asks his girlfriend (played by Rae Dawn Chong) to lend him some makeup and her jacket. He transforms himself into the star everybody knows – with overtones of David Bowie, during the period when the pair seemed to be fighting for ownership of one persona – jumps onto the stage and asks, “Can’t you see that I’m human?” while proving he can still put on a show.

Chong – a rising star who appeared in 1985 movies The Color Purple and Commando – later revealed that an unreleased 90-minute, “really graphic” video existed alongside the material that had been seen. “It’s icky,” she told People. “Just sex scenes, pure and unadulterated. I’m not at all against love scenes as long as they are tasteful. The scenes in this video are not tasteful.” She added: “Sex is the nature of both Mick’s and my personalities, but we were never romantically or sexually involved.”

However, in 2020 she stated that she and Jagger had indeed been sexually involved on two occasions, both in 1977, while she was 15 and he was 33. “He never asked me how old I was and I never told him. It never came up,” she said, adding that she’d only made the revelation by accident and had no intention of trying to capitalize on it or land the singer in any kind of trouble. “He did nothing wrong,” she insisted. “He didn’t make me do anything I didn’t want to do.… I wasn’t an innocent schoolgirl. I always acted a lot older than I was.”

In 1988 Jagger found himself embroiled in a court case when reggae musician Patrick Alley claimed that “Just Another Night” was based on his 1979 song of the same name, leading to a seven-day trial in New York City. “At recesses and lunch breaks during the trial, Mr. Jagger signed autographs,” the New York Times reported. “[O]n Monday night, when the jury deliberated for three and a half hours before being sent home for the night by Judge Goettel, a crowd of fans broke a courthouse door in hopes of reaching the singer.” Once the jury found in his favor, Jagger said: “My reputation is really cleared. If you’re well-known, people stand up and take shots at you. It’s one of those things in a litigious society.”

“Just Another Night” was the first of three hit singles from She’s the Boss – a result that perhaps fueled sparring partner Keith Richards’ negativity about the record. “Everybody had a copy, but nobody listened to it,” the Stones guitarist claimed in 2010 memoir Life, later telling GQ that his bandmate “really had nothing to say” with his solo output.

Despite that, Jagger had gained enough satisfaction from the solo experience to perform “Just Another Night” as part of his Live Aid appearance in 1985, and to follow She’s the Boss with a second LP, Primitive Cool, in 1987 (two more would come later). “I knew it was never going to sound like the Rolling Stones, and the great thing about it was the mystery,” he said of his first standalone adventure. “I was throwing elements together, and I didn’t know what was going to happen, nor did the musicians. And we were all having fun.”