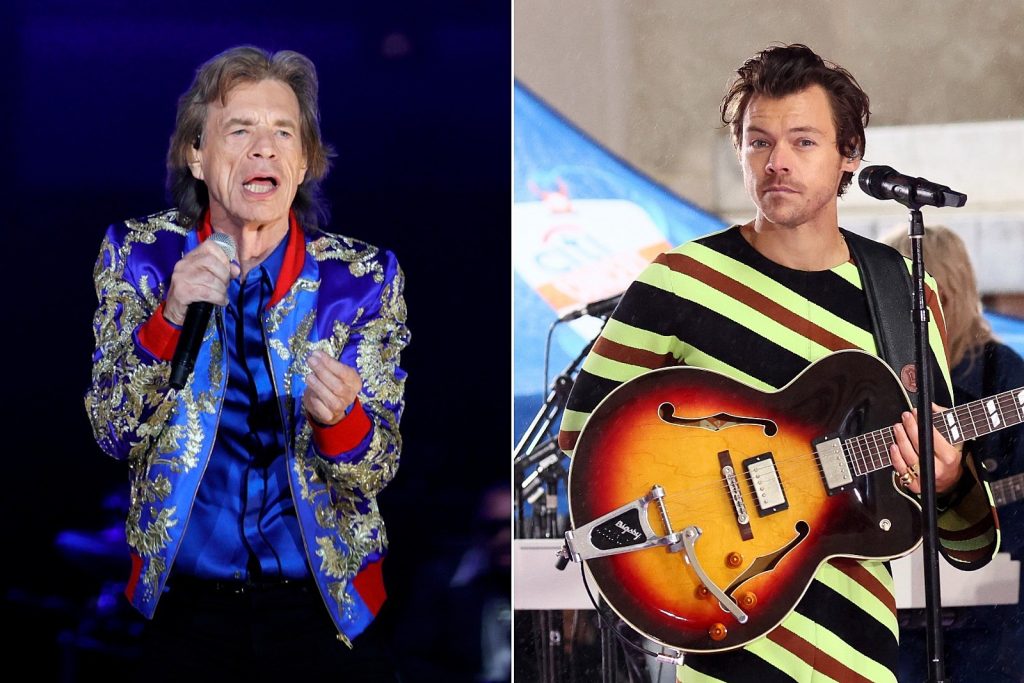 Mick Jagger rejected the comparisons between Harry Styles and himself, saying the young pop-rocker bears only a “superficial resemblance to my younger self.”

Styles often gets likened to Jagger for his energetic stage presence and androgynous outfits, and he frequently cites the Rolling Stones frontman as a major influence, previously praising him as “the coolest man on the planet.” Yet while Jagger admitted he is fond of Styles, he said the similarities between himself and the One Directioner-turned-solo star are skin-deep at best.

“I like Harry — we have an easy relationship,” Jagger told the Sunday Times. “I mean, I used to wear a lot more eye makeup than him. Come on, I was much more androgynous.”

He continued: “And he doesn’t have a voice like mine or move on stage like me; he just has a superficial resemblance to my younger self, which is fine. He can’t help that.”

Jagger also reflected on missing late Stones drummer Charlie Watts, who died last August at the age of 80. “I don’t really expect him to be there anymore if I turn ’round during a show,” he said. “But I do think about him. Not only during rehearsals or on stage, but in other ways too. I would have phoned him up and talked about last night’s Arsenal game because he supported Tottenham and I’m Arsenal. I miss him as a player and as a friend.

“In the show, when we come to the front and bow at the end, there’s no Charlie,” Jagger continued. “He’d always be the last one down. I’d go: ‘Come on, what have you got to do?’ He’d be fiddling with his sticks because he always had to have them in a row before he’d get off the seat.”