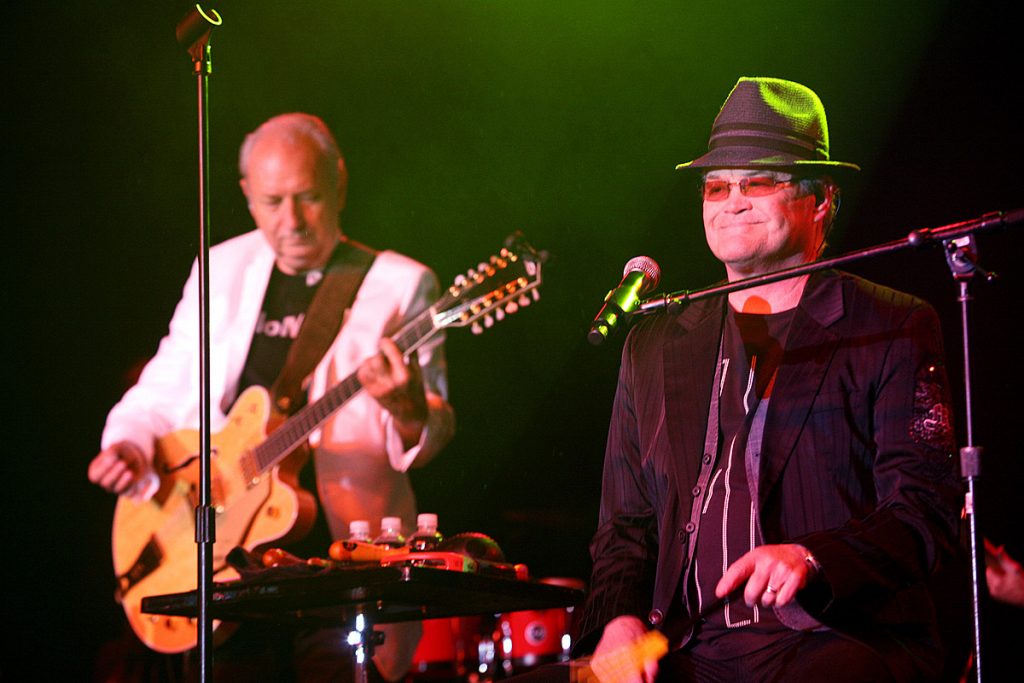 The Monkees are returning to touring in 2020, with the announcement of a three-week trek titled an Evening With the Monkees. The performances will feature surviving members Micky Dolenz and Michael Nesmith spotlighting songs from throughout their career. The duo launched a similar tour in 2018 and has continued performing together in the time since.

The new run of dates kicks off April 3 in Vancouver, ending later that month with a stop in Nashville. The full tour schedule can be found below.

The Monkees originally rocketed to prominence in the mid-’60s as a made-for-TV band created to rival the Beatles. While their success never matched that of the Fab Four, the Monkees enjoyed substantial success behind such classic tunes as “I’m a Believer,” “Pleasant Valley Sunday” and “Daydream Believer.”

The group initially disbanded in 1971, reuniting occasionally throughout the decades to tour and record new material.

Davy Jones, arguably the band’s most recognizable member due to his status as a ’60s teen idol, died in 2012 after suffering a heart attack. The remaining bandmates released two albums — 2016’s Good Times! and 2018’s Christmas Party — following his death. Fellow founding member Peter Tork died in February this year, leaving Dolenz and Nesmith as the only remaining Monkees members.

Tickets to an Evening With the Monkees concerts go on sale Nov. 15. In conjunction with the tour, the band also announced a new live album titled The Mike & Micky Show Live. The 24-song LP captures Dolenz and Nesmith during a 2019 performance of Monkees classics.

Fans purchasing tickets to the upcoming shows will receive a copy of the album as either a physical CD or digital download. The LP goes on sale to the general public April 3. You can see the track listing below.