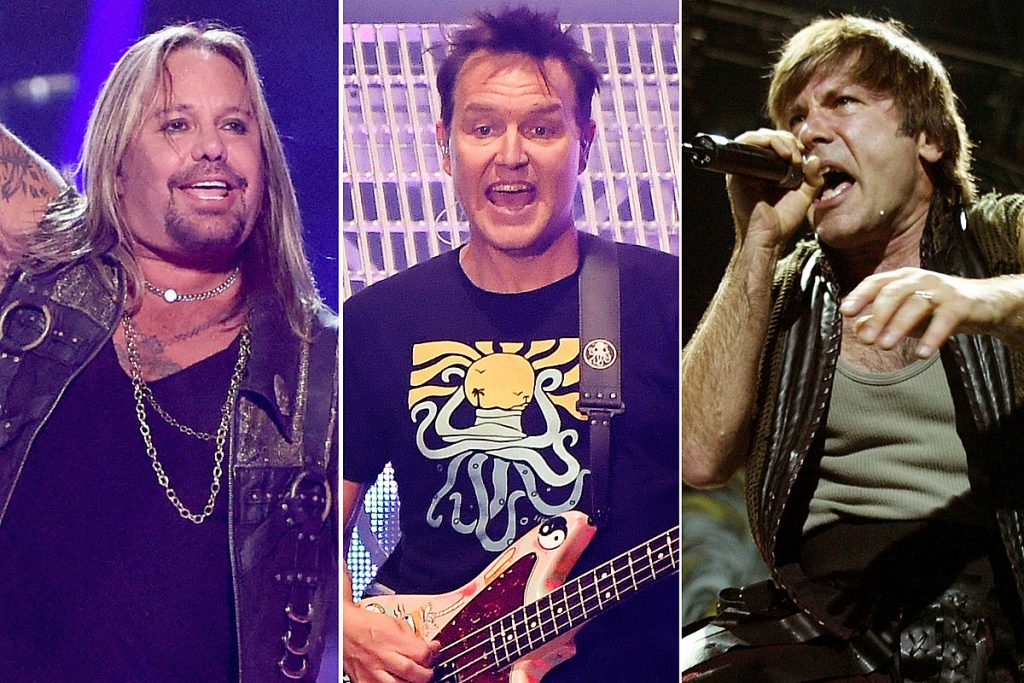 Motley Crue, Blink-182 and Iron Maiden are the current leaders in the Rock and Roll Hall of Fame fan poll, with more than 80,000 votes having been cast at the museum in Cleveland during the year.

The Dave Matthews Band, Cher, Styx, Boston and Weezer are next on the list, which has no bearing on the list of nominees for the class of 2020 that will be announced on Oct. 15.

Anyone who visits the museum is allowed to take part in the poll, which is separate from the annual fan vote that takes place once the nominees have been revealed.

Artists become eligible for induction into the Hall of Fame 25 years after their first album is released. Among those who become eligible this year are Weezer, Korn, Oasis, Sleater-Kinney and Wilco. Meanwhile, the list of rock acts already eligible but not inducted includes Crue, Maiden, Judas Priest, Motorhead, Pantera, Soundgarden and Rage Against the Machine. Blink-182 will not be eligible until next year.

In March, Motley Crue bassist Nikki Sixx said his band was blackballed from entering the Hall. “We were told … that we would never get in, because of how we’ve acted,” he said. “So that’s kind of it.”

Last year, Iron Maiden singer Bruce Dickinson called the establishment “vulgar” and added that it was “run by a bunch of sanctimonious bloody Americans who wouldn’t know rock ’n’ roll if it hit them in the face.”

Incoming Rock Hall chairman John Sykes recently said he was aiming to make the organization more diverse. “I’ve always thought that the Rock and Roll Hall of Fame … is no longer about a single genre of music,” he noted. “It’s about a spirit that connects with young people. … I think that’s what it’s all about: the sound of young America. It will continue to evolve. Because if it doesn’t, it will become irrelevant.”