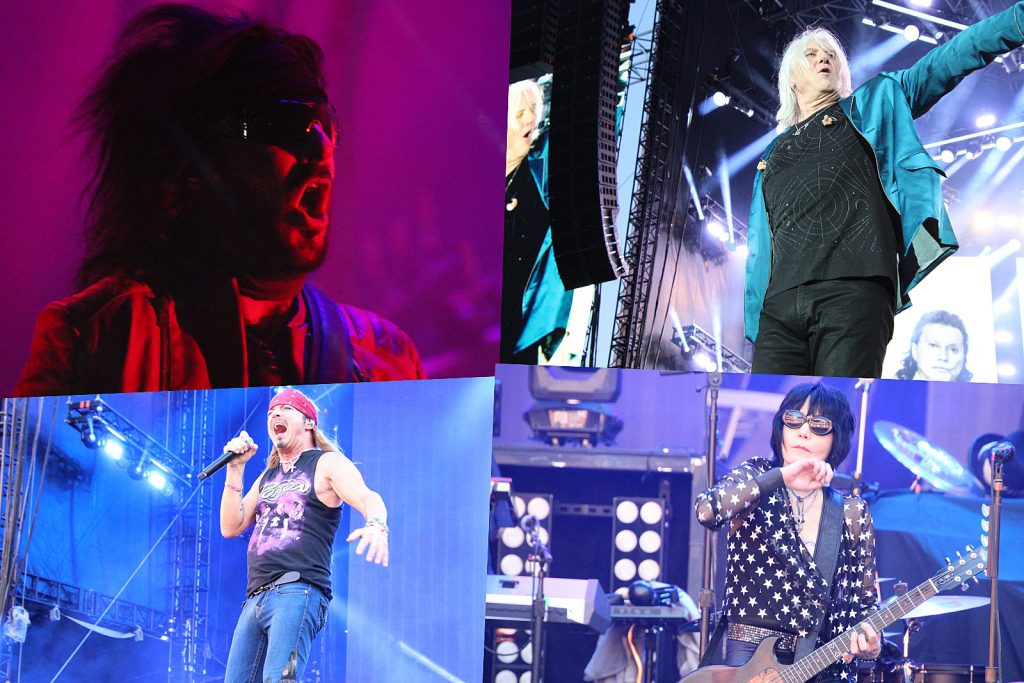 You can see exclusive photos from the show below.

The tour, which marks the end of Motley Crue’s brief retirement, was scheduled to visit U.S. cities in 2020. It was first pushed back to 2021 and then until 2022 due to the COVID pandemic.

While several stops on the tour have been hit by heavy rain and high temperatures, Jett strode onstage in the middle of a cloud-free summer day. Pausing only once, to thank Cleveland for being great hosts while she was filming the 1987 movie Light of Day, Jett delivered a parade of hits including set closer “I Hate Myself for Loving You,” which received a response that rivaled the headliners’.

Bret Michaels laid claim to the title of rock’s hardest-working frontman, as he and his Poison bandmates offered a sharp set highlighted by the opening “Look What the Cat Dragged In” and “Fallen Angel.”

Def Leppard’s set placed tracks from their new album Diamond Star Halos – including show starter “Take What You Want” – alongside some of their most famous songs.

Motley Crue headlined Thursday’s concert; they’ve been alternating the spot with Def Leppard throughout the tour. The nighttime sky made their elaborate stage set and lighting impressive as they kicked off with a muscular one-two punch of “Wild Side” and “Shout at the Devil.” A parade of their biggest hits followed before the night ended with the Dr. Feelgood favorite “Kickstart My Heart.”

The Stadium Tour will be visiting North American cities this summer, concluding on Sept. 9 in Las Vegas. It doesn’t seem like the headliners want it to end anytime soon. “What a great summer, and we’re just getting started,” Motley Crue bassist Nikki Sixx recently tweeted. “Rumor has it next summer we might just be in Europe with our friends in Def Leppard.”