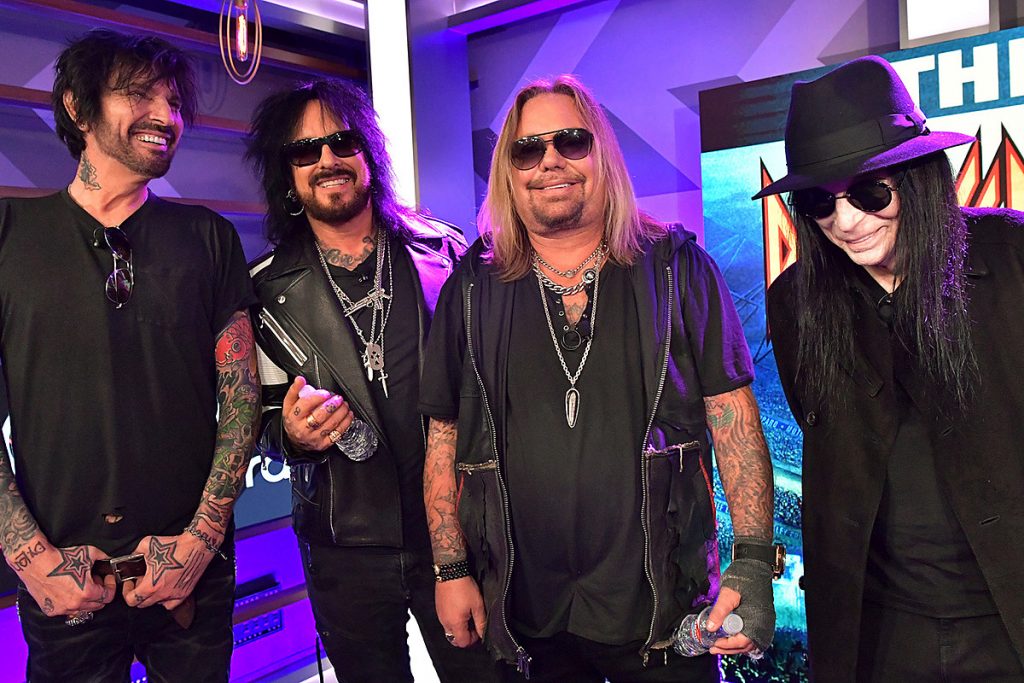 Rock may not be dead, but its continuing evolution may leave many classic-era fans bewildered about the very nature of the genre as the second decade of the 21st century arrives.

Billboard’s 50 Hot Rock Songs of the past decade contains just two artists in the top half of the list that most will be familiar with: the Foo Fighters and the Black Keys. Both have two entries, but you have to scroll past Imagine Dragons, Panic! At the Disco, the Lumineers, Twenty One Pilots and others before finding the Foos’ first appearance with “Rope” at No.16 then the Keys’ “Tighten Up” at No.18.

But the chart may not be evidence of classic rock’s demise. One person who doesn’t believe that’s happening is longtime Motley Crue manager Allen Kovac. His band is likely to be one of the biggest news stories of 2020, and Kovac believes they can achieve everything they want to without worrying about charts or radio airplay.

Following the success of their biopic The Dirt, Motley Crue blew up their 2014 Cessation of Touring Agreement and announced a return to touring this year with a big-selling package tour that also features Def Leppard, Poison and Joan Jett. All this came about, Kovac said, as a result of the figures generated by the 2019 movie.

“There’s a demand that we could see from data and streaming, where the audience changed and the streaming went up 600 percent when the film was out and has stayed up 300 percent, and will stay there because their followers tripled,” the manager told Forbes in a new interview. “And that’s what you’re aiming for. You’re aiming for followers. Not quick playlisting or radio airplay.”

The manager – who previously said he persuaded the band to spend $10 million on buying back its catalog – added that “it’s the artists that adapt to a long-term strategy that are ultimately going to be in the touring business, the merch business and the streaming business. The short-term strategy of social media bombardment, viral videos and generic music is the death of the music business. If you don’t have self-contained artists with a long-term strategy, you’re not going to be the soundtrack to people’s lives.”

He went on to claim that “Bruce Springsteen and Tom Petty would never have a career in today’s environment. … Bruce Springsteen broke fan by fan, live. Tom Petty, same thing. It’s their second albums that broke.” Those considerations led to Kovac’s business, Better Noise, to adopt a different approach to the modern music business.

“We want to work with people that want to measure against that standard as opposed to, ‘Hey, radio, go develop our artists with spins overnight to go No.1,'” he explained. “Why do songs not engage? Because people believe a No. 1 at radio is anything more than spins.”

Returning to Motley Crue, Kovac put forward another reason for a new generation waiting to see them hit the stage. “Each guy agreed they wouldn’t change anything,” he said of The Dirt. “People could see behind the curtain of a band dynamic. The courage to sit there and show all the things that didn’t go right, not just the things that went right— that’s the difference between a major-label band and an independent band. An independent band is about self-contained music and honesty. A manufactured artist is not self-contained. A manufactured artist isn’t being honest. And audiences know those differentiations, especially over time.”

Def Leppard singer Joe Elliott also argued that, for bands like his, the prescribed approach to the music business was no longer valid. “There’s still too many people in the industry that believe in the original blueprint of what we [used to] do,” he said. “It’s moved on, and they don’t seem to wanna accept that. So we get a lot of criticism … saying that we’re not concentrating on getting new music out there. It’s not that important at this time in our career.”

Elliott noted that the “first weekend the [package tour] tickets were on sale, we shifted 700,000 tickets. There’s no way on earth that any of the bands on that tour would shift 700,000 albums in the same period of time. … The priority, as these ticket sales prove, is us playing in front of our fans. That’s what they want.”