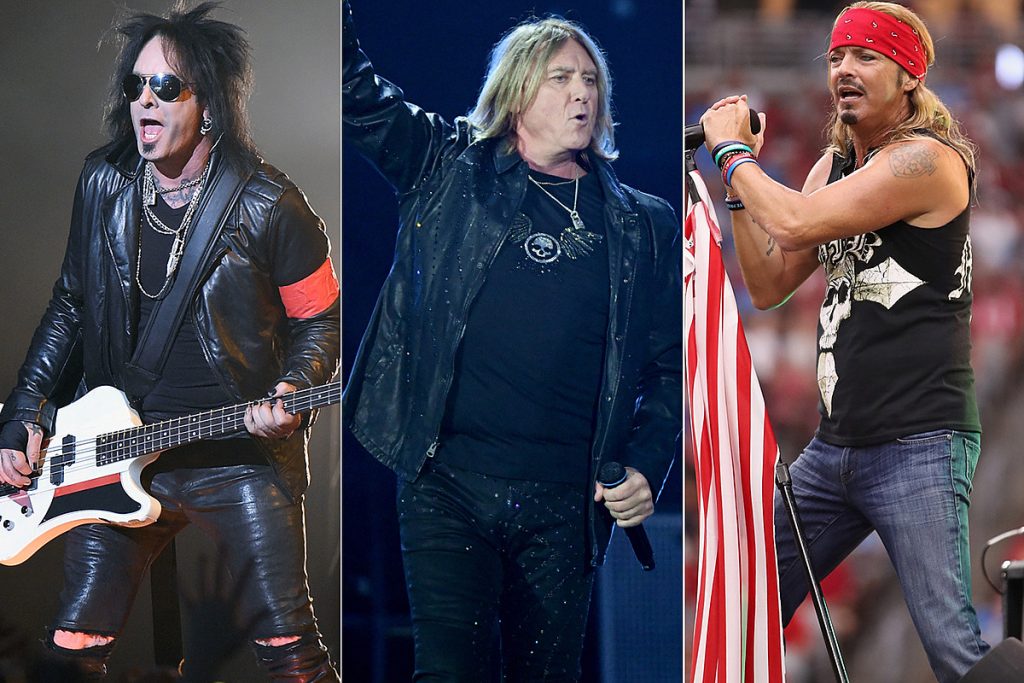 Motley Crue are reportedly getting back together five years after signing a “Cessation of Touring Agreement.” They’re set to announce a 2020 stadium tour with Def Leppard and Poison, according to Rolling Stone.

The band has stoked rumors of impending dates by retweeting a fan request that it returns to the road. The Change.org listing says “if the rumors circulating about a Motley Crue comeback are true, then let this petition solidify it. The new fans need a new tour, PLEASE COME BACK.” Motley Crue’s tweet has since been deleted.

Black Crowes manager Mark DiDia referenced the possibility of a Motley Crue reunion during an appearance on Howard Stern’s radio show, even mentioning that the tour would apparently feature two other major bands. Poison singer Bret Michaels also recently said he was “working real hard right now to put together something incredible with some other bands for next summer.”

Motley Crue’s final tour included almost 160 shows, concluding on Dec. 31, 2015, at the Forum in their hometown of Los Angeles.

“Legally, we can’t play again,” Motley Crue bassist Nikki Sixx told Rolling Stone in 2014. “The only loophole is if all four band members agreed to do it, we could override our own contract – but we know that will never happen. There are people in this band who will refuse to ever do it again, and you’re talking to one of them. There is no amount of money that would ever make me do it again because I have such pride in how we’re ending it.”