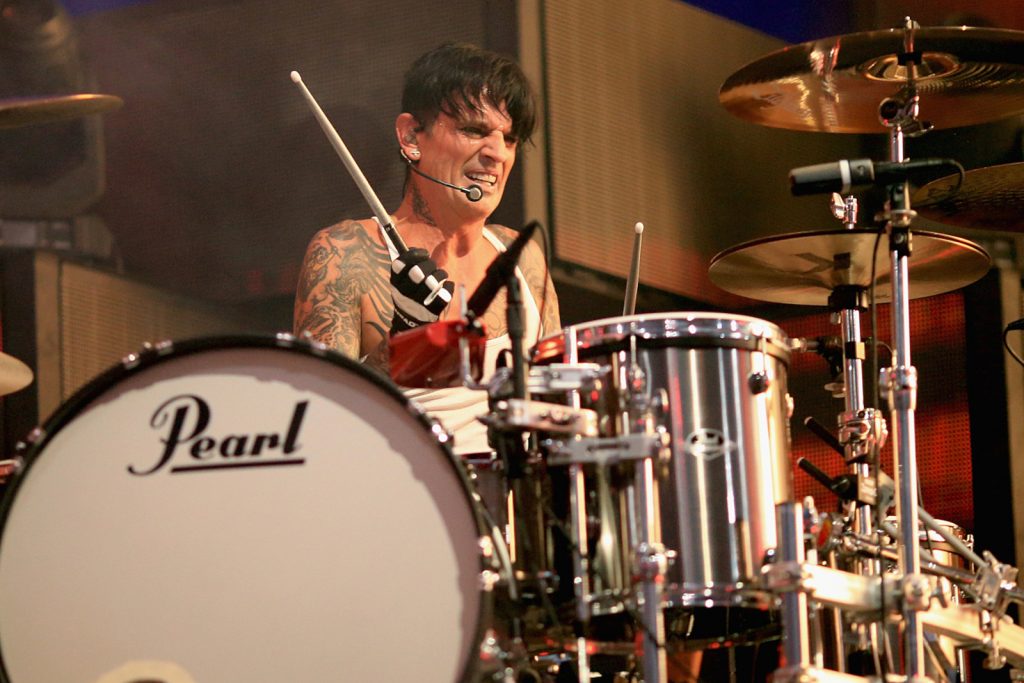 Motley Crue drummer Tommy Lee was replaced midway through the band’s opening performance of the Stadium Tour, reportedly because he was still suffering lingering pain after recently breaking four ribs.

The set started as expected, with Motley Crue opening with an emphatic rendition of “Wild Side.” The group rocked through four further songs — including classic hits “Shout at the Devil” and “Too Fast For Love” — before Lee vacated his seat behind the kit and address the crowd.

The rocker informed the audience that he had broken four ribs recently and would be unable to continue the performance. An unknown replacement drummer took over for Lee, as Motley Crue insisted the show would go on.

This is a developing story and will be updated as more information becomes available.

We look back at everything from Too Fast for Love to Saints of Los Angeles to see which albums hold up best all these years later.