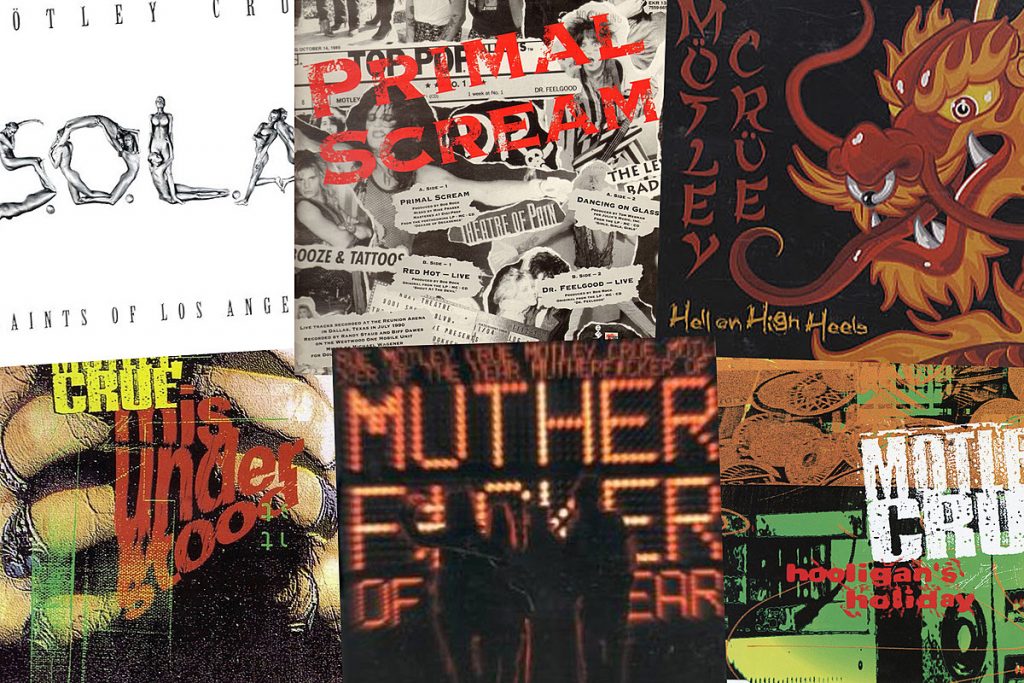 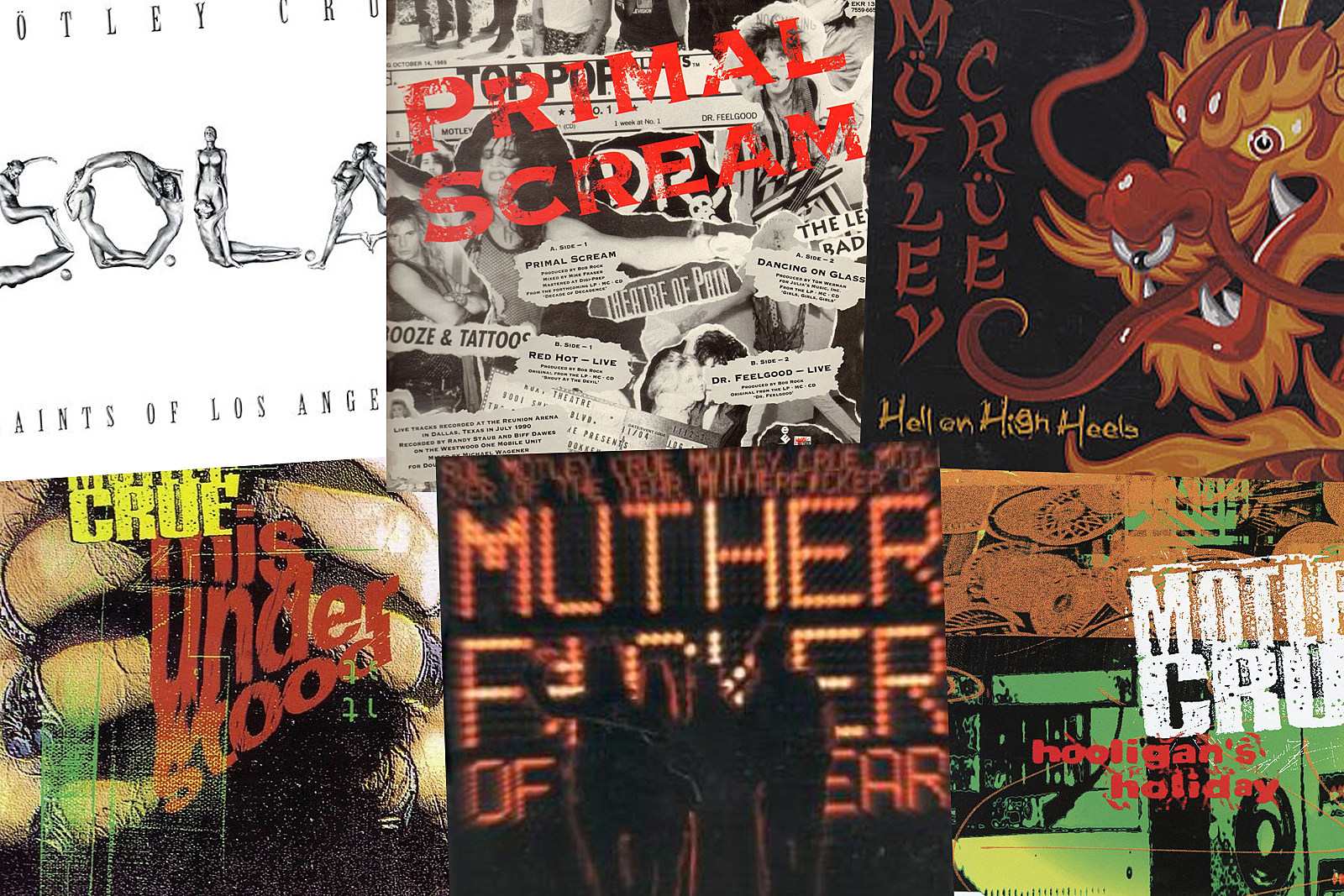 Motley Crue spent the ’80s rocketing upward to success, but their flight got bumpy once the ’90s arrived.

The band released five hit albums during its first decade, with four of them selling more than 4 million copies. This streak culminated in the 1989 release of their commercial high point, 1989’s Dr. Feelgood.

In the three-plus decades that followed, Motley Crue released only four albums, and only two of those featured the original lineup and one of those, 1997’s Generation Swine, featured an unhappy Vince Neil adding his vocals to ill-fitting songs that his bandmates recorded without him and intended for another singer.

Despite those far-from-ideal circumstances, the band has managed to deliver some great tracks and new twists on its sound since 1989. Below we outline an album’s worth of Motley Crue’s best post-Dr. Feelgood songs.

After spending much of the ’90s experimenting with their sound and lineup in ways that proved to be commercially unsuccessful, Motley Crue kicked off their third decade with a long-overdue back-to-basics album. In the band’s autobiography The Dirt, Nikki Sixx called New Tattoo “the album that should have been the successor to Dr. Feelgood.” While New Tattoo didn’t have the oversized ambition or polished sound of that 1989 LP – and was also Motley Crue’s only album without founding drummer Tommy Lee – it was a welcome return to stripped-down riff rock. Besides great work from guitarist Mick Mars, “1st Band on the Moon” features a self-aware sense of humor, as the band longs to escape the increasingly politically correct Earth and find a place where girls are still “acting dizzy, wearing miniskirts.”

Yes, “Rock ‘n’ Roll Junkie” is a bit of a cheat since it came out between Dr. Feelgood and the decline that followed 1991’s Decade of Decadence compilation. Even though Motley Crue were burned out from the massive 10-month tour in support of Dr. Feelgood, their interpersonal and creative problems didn’t really kick in until after they contributed this song to Andrew Dice Clay’s big-screen star vehicle The Adventures of Ford Fairlane.

Not too long after signing a lucrative new contract, Motley Crue parted ways with founding singer Vince Neil and recruited relative unknown John Corabi to fill his shoes. The new lineup, changing times and the band’s desire for creative growth resulted in a more serious, less glitzy sound and look that deserved more love from the band’s fans and record buyers. “Hooligan’s Holiday” was the most familiar-sounding song, so it was an obvious choice as lead single. It’s a shame they never added it to set lists since Neil’s return.

The long and troubled creation of the album that began life as the John Corabi-fronted Personality #9 and wound up as 1997’s Vince Neil-led Generation Swine was particularly tough on guitarist Mick Mars, who said in The Dirt that his contributions were regularly criticized and even replaced by his bandmates. “I was really becoming convinced that I was no good as a guitarist,” he noted. Mars’ psyche eventually healed and he was turned loose to do what he does best on 2000’s New Tattoo. The results were some of the band’s best and most Crue-like songs in a decade, including the unapologetically crude and undeniably catchy lead single “Hell on High Heels.”

Every hard-rock band eventually tries to make its “Stairway to Heaven”; Motley Crue didn’t half-ass their attempt. They pull out every trick in the book during this nearly seven-minute acoustic-to-electric-and-then-back-again epic, from Beatlesque tape manipulation to employing musicians from the Vancouver Symphony Orchestra. The result is unexpectedly glorious and helps to explain why the Corabi-fronted Motley Crue album has earned a cult of staunch defenders over the years.

Saints of Los Angeles was the first album the four founding members of Motley Crue started and finished recording together since Dr. Feelgood 20 years earlier. Loosely chronicling the story of their many career ups and downs, the record showcased the band in confident and inspired form. The strutting “Mutherfucker of the Year” is a highlight, and one of the few post-Dr. Feelgood Motley Crue songs to earn a permanent place in the band’s concert set lists.

“She Needs Rock N Roll” is the best song on New Tattoo by far and is a punchy, hooky not-trying-to-teach-anybody-anything track that would have been a welcome addition to any of the band’s classic ’80s albums.

Quite possibly the heaviest track any lineup of Motley Crue ever recorded, “Smoke the Sky” finds John Corabi screaming himself hoarse as he praises marijuana, while Mick Mars, Tommy Lee and Nikki Sixx show they’ve been listening to some Pantera.

As good as New Tattoo was, it lacked the grandiose sound and big-screen ambition of Motley Crue’s biggest ’80s records. Both were back in full force in the title track of the autobiographical Saints of Los Angeles. The band has said the 2008 album will be its last full-length studio effort; if true, they went out on a high note.

Motley Crue’s golden era didn’t end or even peak with Dr. Feelgood. Just before the band bitterly split into two camps and entered a decade of chaos, frustration and underachievement, they delivered one of its finest singles, “Primal Scream.” Kicking off with rumbling bass by Nikki Sixx, the song finds the group adding a new level of sophistication without sacrificing its signature energy or sleaze. It’s tempting to think that maybe they could have delivered an entire album this strong and maintained their winning streak if they’d just taken a break instead of splitting up.