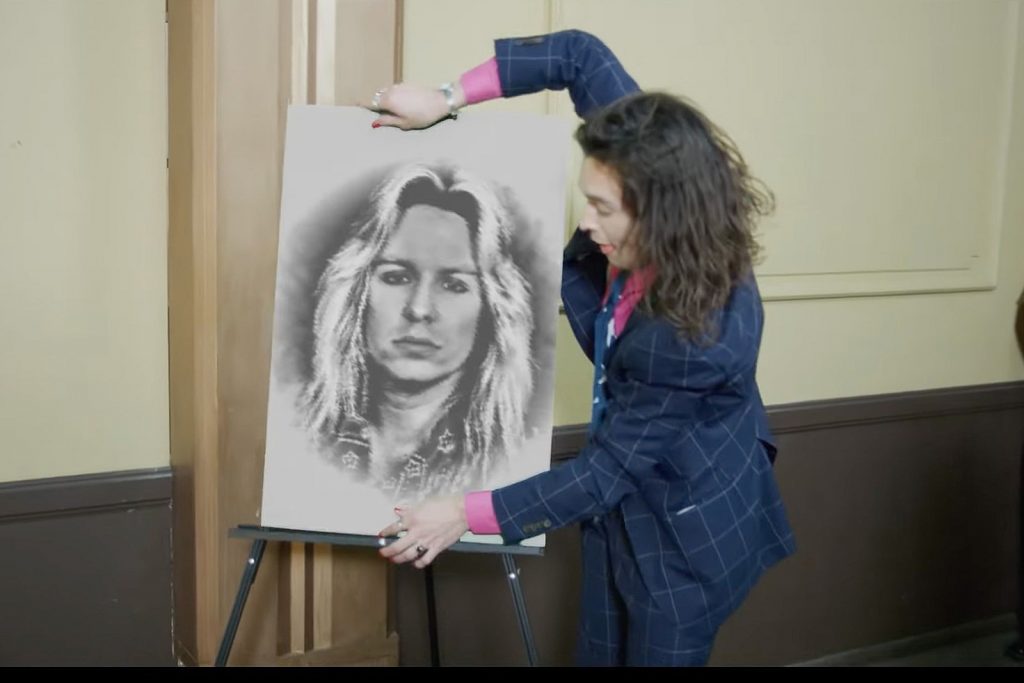 The Motley Crue singer appears at the 1:30 mark, snarling a vocal amid the wailing guitars. The band introduces his guest spot in the accompanying video, a playful courtroom scene in which a sketch of Neil’s face is introduced as evidence. The track grows in intensity from there, building to a harmonica solo and wah-wah leads.

“This song really is a musical expression of who we are,” says Classless Act singer Derek Day in a statement. “It’s a little dirty, maybe kinda sloppy and probably needs a good night’s sleep and a shower, and it absolutely kicks ass. Every night. Just like us.”

Neil, praising Classless Act, added: “What drew me is that these are young guys playing real rock ‘n’ roll, playing their own instruments, all that good stuff that you miss from the last 20-plus years. These guys remind me of Motley Crue growing up and they definitely rock. Can’t wait to see what happens in the future.”

“Classless Act” appears on the band’s upcoming debut LP, Welcome to the Show, out June 24. The album also features a major cameo from the Darkness frontman Justin Hawkins on the recently issued song “This Is for You.” Motley Crue’s all-star North American Stadium Tour launches June 16 in Atlanta and wraps Sept. 9 in Las Vegas.

We look back at everything from Too Fast for Love to Saints of Los Angeles to see which albums hold up best all these years later.