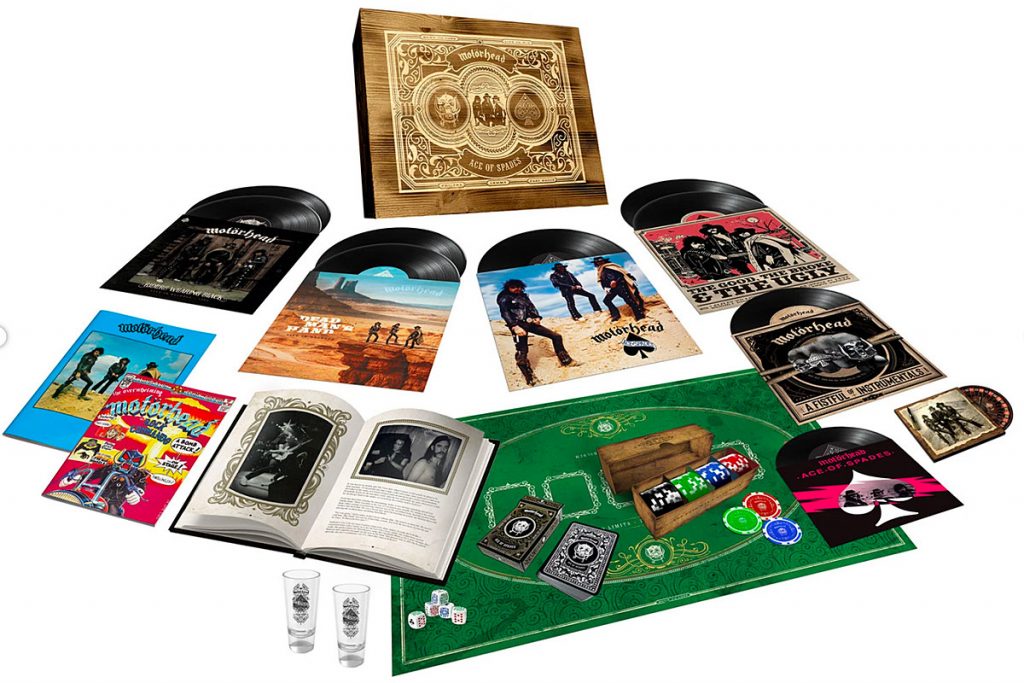 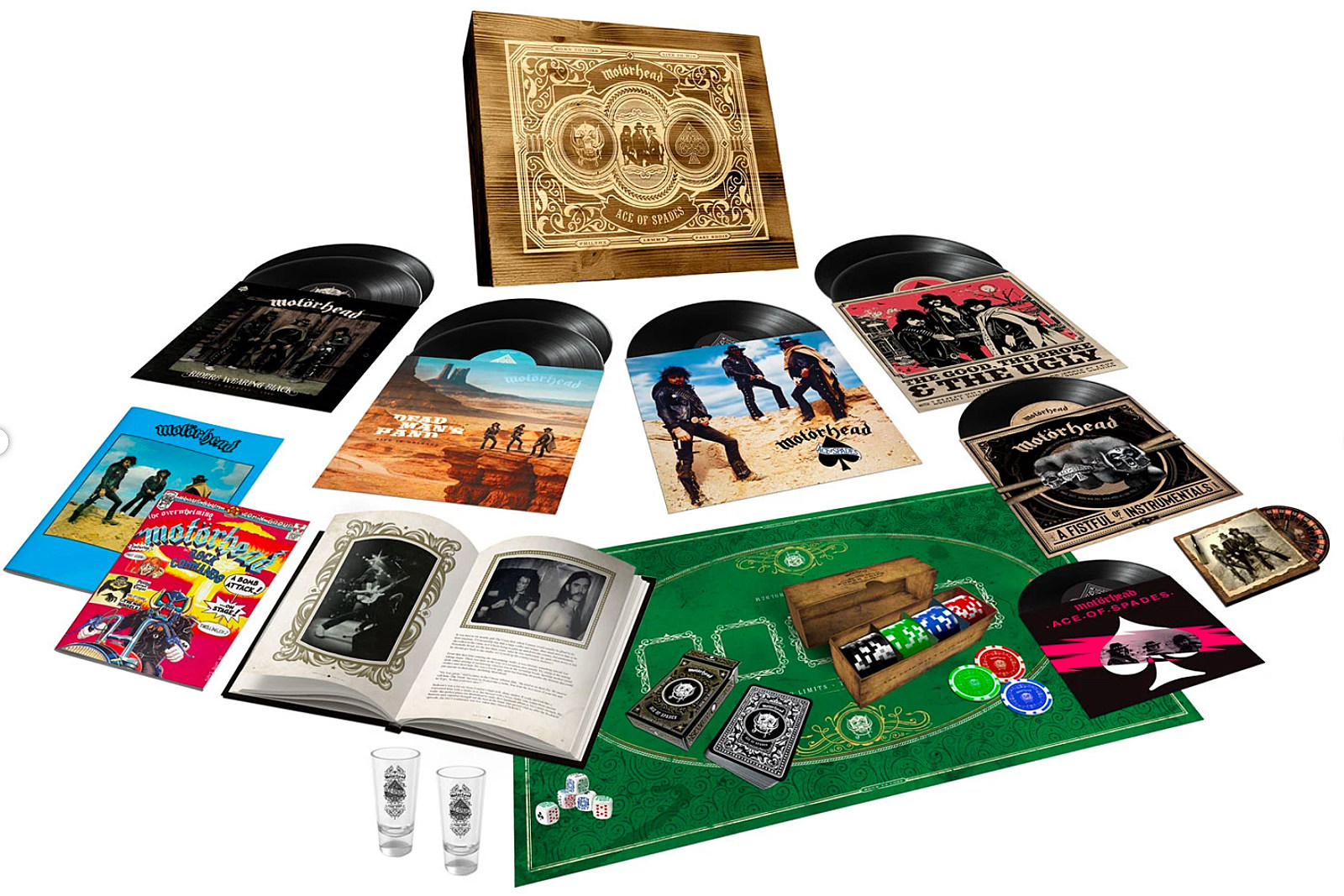 In recognition of the 40th anniversary of their most famous album, Motorhead are preparing special vinyl reissues of Ace of Spades that will arrive on Oct. 30.

The Super Deluxe edition adds a host of musical goodies to a new, half-speed master made from the original tapes. This includes two full and previously unreleased concerts from the period – the March 5, 1981, show from Parc Expo in Orleans, France, and the Dec. 23, 1981, set at Whitla Hall in Belfast, Northern Ireland. The set also includes nine instrumental demos on a 10″ EP; alternate versions and other rarities; a DVD of TV appearances and the Belfast show; and a limited-edition replica of the Dutch 45 of “Ace of Spades.”

Housed inside its wooden box are a 40-page book with photos, memorabilia and interviews; a gambling set comprised of a Hold ‘Em mat, casino chips, playing cards and five poker dice; a program from the Ace Up Your Sleeve tour; a Rock Commando comic book; and two shot glasses.

The Deluxe edition contains all the music but removes the mat, chips and cards. A two-CD set that adds the Belfast show and the book is also available. You can check out all the merchandise bundles and pre-order them at Motorhead’s web store.

Released in November 1980, Ace of Spades became Motorhead’s highest-charting studio album in the U.K., where it reached No. 4; the live No Sleep ’til Hammersmith topped the chart a year later. The record’s success was bolstered by the title track, which reached No. 15 on the British pop chart.