Neal Schon Confirms Deen Castronovo Is Back in Journey 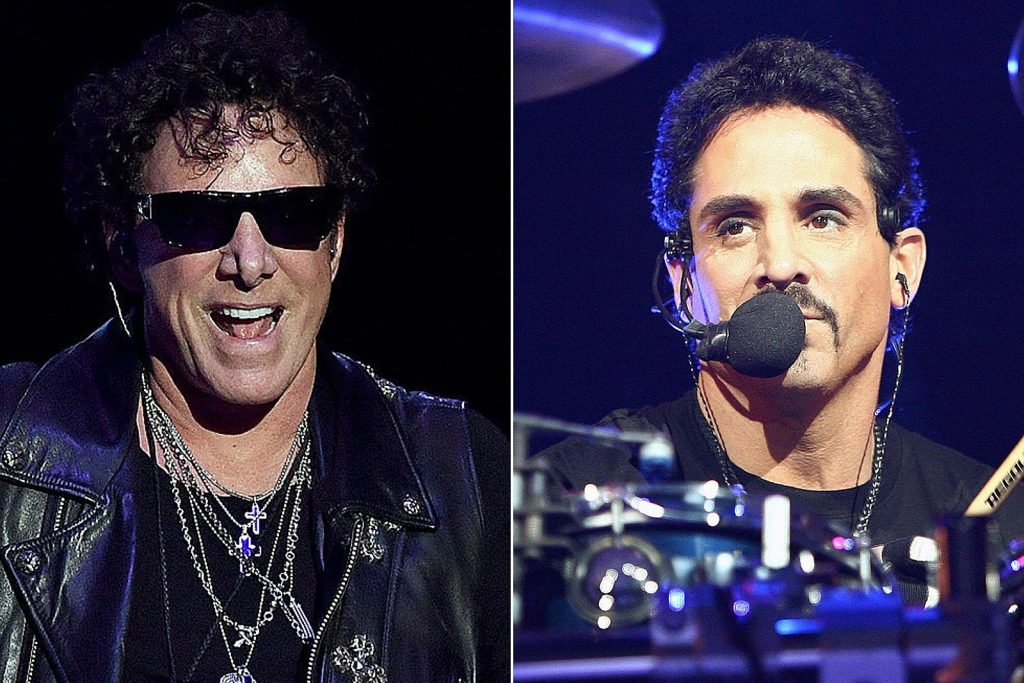 Schon confirmed Castronovo’s return in a series of Facebook comments below a San Francisco Chronicle story about Journey, which he shared on Wednesday. One fan commented on the post, “So is Deen Castronovo back in the band full time now?” to which Schon responded simply, “Yes.”

Responding to another fan who implored the band to “bring back Deen again,” Schon wrote, “Deen is back. We are double (2) drummers now with Narada [Michael Walden, who joined the band in 2020].”

Schon did not reveal the extent to which Castronovo will participate in immediate and future Journey shows.

The guitarist teased Castronovo’s return on Tuesday when he tweeted a photo that appeared to be from rehearsals for the band’s Friday-night concert at the Aragon Ballroom in Chicago, which precedes Journey’s Sunday performance at Lollapalooza. “Ok … Double trouble Chicago @NaradaMWalden @DeenTheDrummer Narada Michael Walden and the return of Deen Castronovo on Drums @AragonBallroom @lollapalooza,” Schon captioned his post.

On Thursday morning, Schon tweeted another rehearsal photo with both Walden and Castronovo sitting behind their respective kits. “The power behind us,” he wrote.

Castronovo served as Journey’s drummer from 1998 through 2015, when he was fired after being arrested on charges of rape, sexual abuse and assault. But Castronovo’s relationship with Schon predates his Journey tenure by more than a decade. In 1987, Schon invited Castronovo to play in hard-rock supergroup Bad English along with Journey keyboardist Jonathan Cain and Babys singer John Waite and bassist Ricky Phillips.

Last month, Journey released their first new song in a decade, “The Way We Used to Be.” Schon said a new album is in the works as well. It would mark Journey’s first set of new studio material since 2011’s Eclipse.